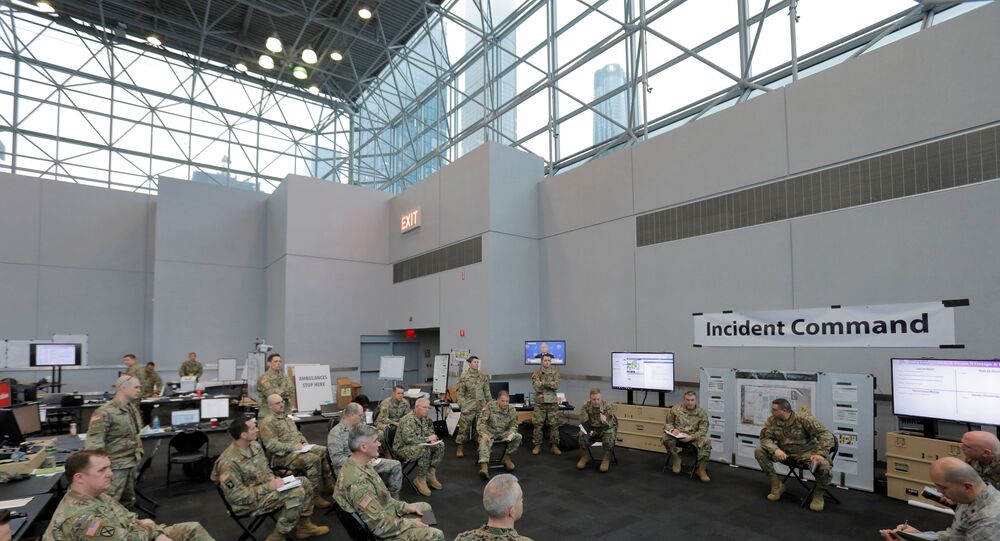 US Army Awards $139 Million in Contracts to Build Care Centres

WASHINGTON (Sputnik) - Four construction companies have received nearly $140 million in contracts to convert existing facilities into emergency hospitals from the US Army Corps of Engineers (ACE), the Department of Defence said in a press release.

New York officials earlier said they need to use the convention centre and build other facilities to handle patients amid the surge of coronavirus cases.

As of Friday, the total number of COVID-19 cases across the United States neared 240,000 and the number of deaths exceeded 5,400, the US Cenres for Dsease Control and Prevention data shows. According to Johns Hopkins University dashboard, over 277,000 people have been infected with the virus, while almost 7,100 patients have died.