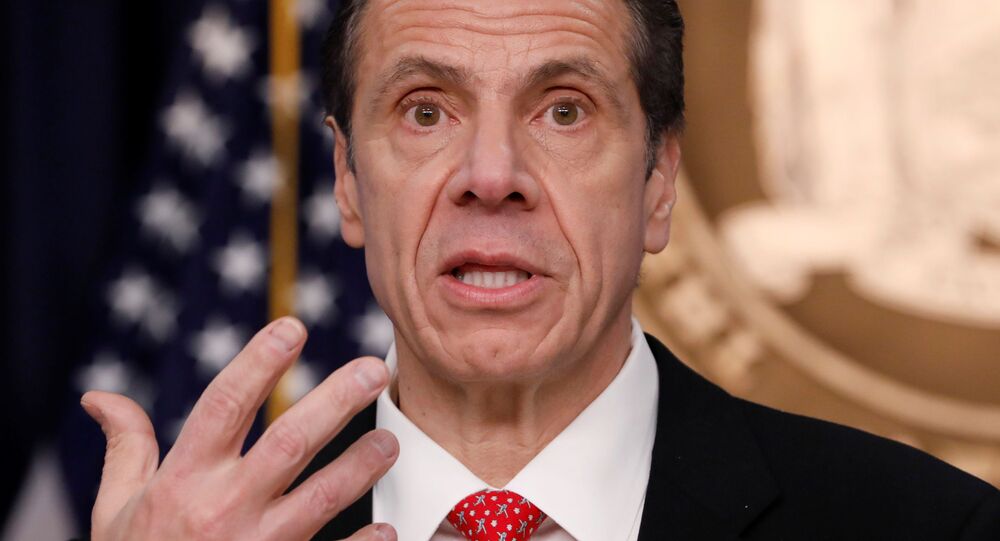 On Saturday, Cuomo said that he had not spoken with US President Donald Trump about the possibility of a quarantine amid the rapid spread of the coronavirus.

On Thursday, New York Governor Andrew Cuomo announced that New York state's stockpiles of ventilators will run out in less than a week.

We have 6 days of ventilators left in our stockpile at the current burn rate.

We are taking extraordinary measures to move ventilators to meet the need.

The governor added that the state currently has 2,200 ventilators, stored in stockpiles, with around 350 people needing a ventilator to combat the novel coronavirus coming into hospitals every night.

He also criticized the White House for providing little help, saying that he does not know if the federal government would deliver the state enough ventilators to compensate perceived shortages.

“I don’t think the federal government is in a position to provide ventilators to the extent the nation may need them”, he said. “Assume you are on your own in life”.

Trump took to Twiter to comment on the situation, saying that the state's government started to cope with the problem later than other states.

...It wouldn’t matter if you got ten times what was needed, it would never be good enough. Unlike other states, New York unfortunately got off to a late start. You should have pushed harder. Stop complaining & find out where all of these supplies are going. Cuomo working hard!

Previously, US President Donald Trump announced that he was considering putting New York, along with the states of New Jersey and Connecticut, under quarantine due to the COVID-19 pandemic.

As of 2 April, the total number of confirmed coronavirus cases in New York State have surpassed 92,300, according to the governor. More than 2,300 people have died from the pandemic.