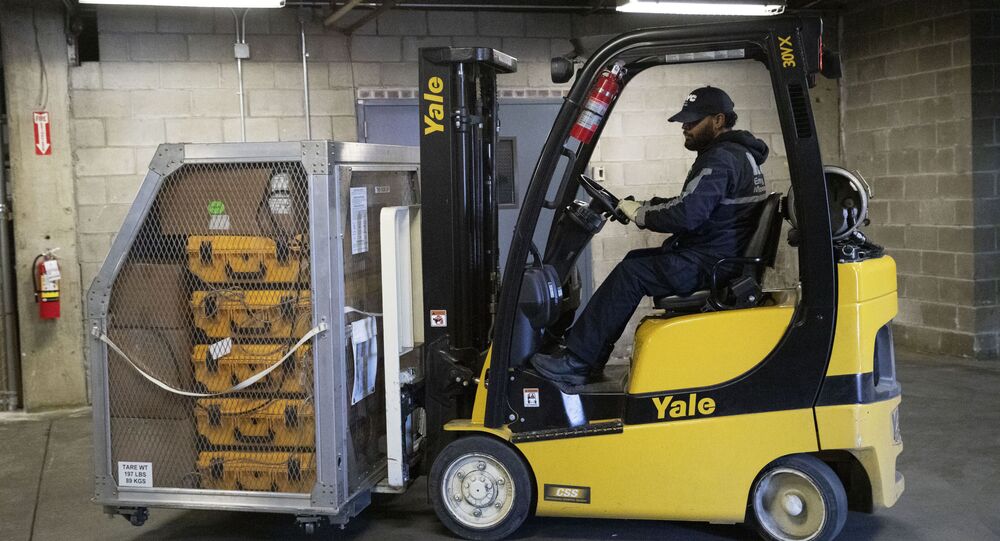 US President Donald Trump has used his authority granted by the Defense Production Act to order six US companies to repurpose their factories for building ventilators, which mean the difference between life and death for those infected with COVID-19, and of which the US faces a dire shortage.

On Thursday, Trump invoked the 1950 Defense Production Act, a wartime measure designed to give the president broad powers to direct labor and capital toward national defense needs. He ordered several US companies to shift their production and build more ventilators as the COVID-19 novel coronavirus pandemic grows ever worse in the country.

"Today, I have issued an order under the Defense Production Act to more fully ensure that domestic manufacturers can produce ventilators needed to save American lives," reads Trump's Thursday order. "My order to the Secretary of Health and Human Services and the Secretary of Homeland Security will help domestic manufacturers like General Electric, Hill-Rom, Medtronic, ResMed, Royal Philips, and Vyaire Medical secure the supplies they need to build ventilators needed to defeat the virus."

Trump has also invoked the act to order automaker General Motors to retool its factories for producing ventilators.

Earlier this week, Ford Motor Company and General Electric Healthcare announced they would be partnering to produce 50,000 ventilators in the next 100 days.

© REUTERS / Caitlin Ochs
A ventilator is seen at the New York City Emergency Management Warehouse, where 400 ventilators arrived and before being shipped out for distribution, due to concerns over the rapid spread of coronavirus disease (COVID-19) in the Brooklyn borough of New York City, U.S., March 24, 2020

At a news conference earlier this week, Trump indicated the US government was holding 10,000 ventilators in reserve, as the acme of the outbreak's intensity is expected to hit in two weeks' time. While there are nearly 160,000 ventilators in the US, a country of 325 million people, many heavily hit locales are already running short. New York Governor Andrew Cuomo told reporters on Thursday that at the current rate of new patients, the state will run out of ventilators in just six days, WNBC reported.

According to the Society of Critical Care Medicine (SCCM), at least 950,000 coronavirus patients in the US could require ventilators, which become necessary if the virus floods the patient's lungs with blood, blocking their ability to breathe.

The announcement of Trump's order came just as Johns Hopkins University announced the world had surpassed 1 million cases of the novel coronavirus. While the disease originated in the Chinese city of Wuhan, the United States has become the epicenter of the outbreak, with more than 234,000 verified cases of the illness on Thursday afternoon. More than 5,700 Americans have died of the coronavirus, and more than 50,000 have perished worldwide.