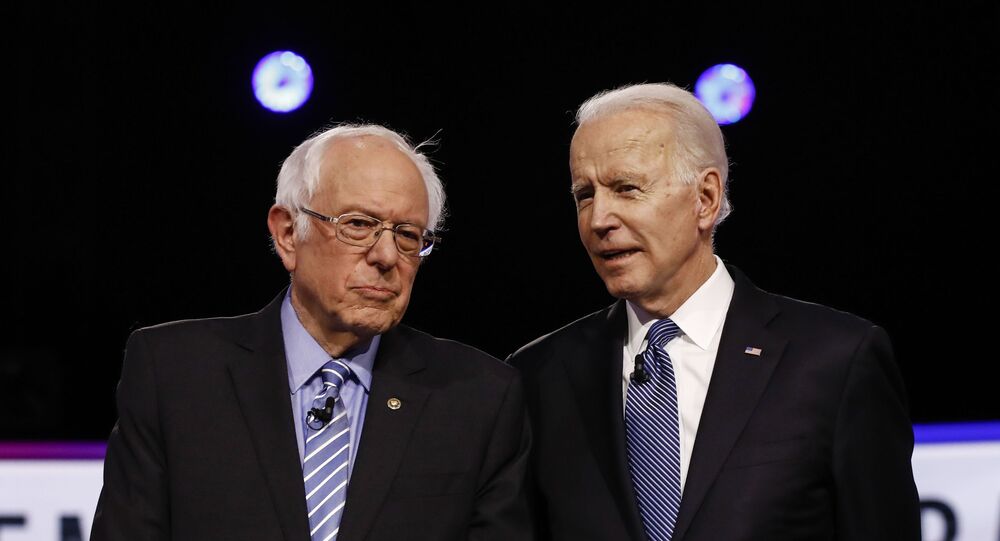 Party officials and state authorities have already postponed primaries across several states, with the spread of the pandemic showing no signs of stopping in the United States ever since the country surpassed China and Italy in the total number of cases.

The Democratic Party has delayed its convention in Milwaukee, originally scheduled to begin on July 13 and to run four days, pushing it back to August 17, convention committee CEO Joe Solmonese said in a statement Thursday.

"In our current climate of uncertainty, we believe the smartest approach is to take additional time to monitor how this situation unfolds so we can best position our party for a safe and successful convention," Solmonese said.

In light of the unprecedented health crisis facing our country, the 2020 Democratic National Convention will now be held the week of August 17 in Milwaukee, providing our team more time to determine the most appropriate structure for this historic event.https://t.co/DybjUJuUUA

Milwaukee Mayor Tom Barrett called the decision "absolutely the right move," saying it "underscores the commitment that [the Democratic National Committee] have made to Milwaukee."

Officials say they plan to organize the convention in such a way as to minimize risks to public health, with options including "everything from adjusting the convention's format to crowd size and schedule."

The DNC announced its decision a day after frontrunner Joe Biden predicted that the convention would be moved to August.

"We were able to...in the middle of a Civil War all the way through to World War II have Democratic and Republican conventions and primaries and elections and still have public safety. And we're able to do both. But the fact is it may have to be different," Biden said, speaking to Jimmy Fallon of The Tonight Show on Wednesday. "I think [the convention] is going to have to move into August," he added.

29 candidates entered the race for the Democratic presidential nomination between 2019 and early 2020, with that number since pared down to two - former Vice President Joe Biden and Vermont Senator Bernie Sanders. At the moment, Biden is widely expected to be the nominee, winning 1,217 of the 1,991 delegates needed in the primaries held up to this point. Sanders has 914 delegates. However, some pundits and pro-Democratic media have also speculated that the DNC may replace Biden with New York Governor Andrew Cuomo for his efforts to counter President Trump's messaging on the coronavirus, although questions remain whether the DNC has the power to change rules to allow Cuomo to run so late in the primary season.

President Trump handily won the nomination for the Republican ticket, with former Massachusetts governor Bill Weld winning a single delegate before dropping out.