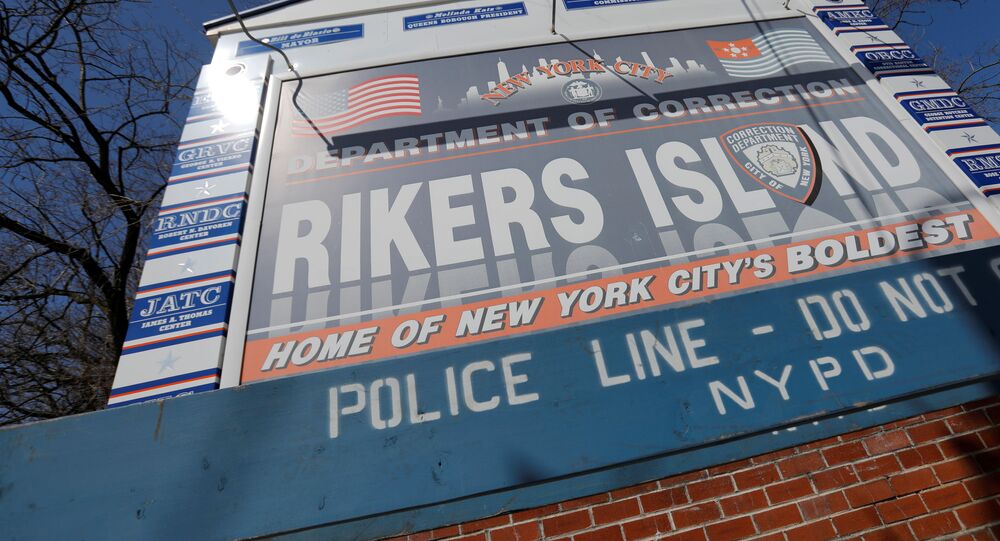 A new report has revealed that inmates at the Rikers Island jail complex are being offered $6 an hour to assist in the digging of graves as New York City hospitals, morgues and funeral homes have been backed up due to the COVID-19 novel coronavirus.

Citing sources with knowledge of the gig, The Intercept revealed Tuesday that the city is offering Rikers Island inmates personal protective equipment (PPE) and a wage of $6 per hour to dig mass graves at the public cemetery located on Hart Island.

Speaking to the outlet, Avery Cohen, deputy press secretary for the office of NYC Mayor Bill de Blasio, expressed that it was true that prisoners were offered the job of digging graves on Hart Island. However, she noted that the gig was not “Covid-specific,” as inmates have been gravedigging on the island for some time.

At the same time, The Intercept’s Ryan Grim noted that the inclusion of PPE “leaves little doubt” as to the purpose of the graves that they will be tasked with digging. Furthermore, a plan developed by the city’s then-Chief Medical Examiner Charles Hirsch in 2008 called for victims of the next pandemic that struck NYC to be buried in graves dug by inmates.

It’s worth noting that the reported wage of $6 per hour is comparatively quite the payment from the city to inmates. New York generally hands out an average of $0.62 per hour for inmates to do a variety of jobs, including the production of the state’s “NYS Clean” hand sanitizer that was unveiled earlier this month by Governor Andrew Cuomo.

New York Gov. Andrew Cuomo has announced that prisoners will start to make hand sanitizer to offset the high prices of brands like Purell. pic.twitter.com/SZbtRXyJeE

Rikers Island has also recently come under fire for its handling of the novel coronavirus among inmates. Ross MacDonald, chief physician of the facility, took to Twitter on Monday to express that COVID-19 “infections in our jails are growing quickly,” despite efforts to minimize its spread.

This is not a generational public health crisis, rather it is a crisis of a magnitude no generation living today has ever seen.

De Blasio revealed in a Sunday address that 650 inmates had been released, and crime rates had also gone down, causing the city’s jail population to dwindle “by about 860.” A majority of the 650 prisoners released had health issues that increased their chances of fatality if they contracted COVID-19.

According to NYC Health’s March 31 posting at 9:30 a.m. local time, there are at least 40,900 reported cases of COVID-19 in the city, and a total of 932 people have died due to the virus. Due to the high numbers out of NYC, the city is now commonly described by many as the US epicenter of the novel coronavirus pandemic.