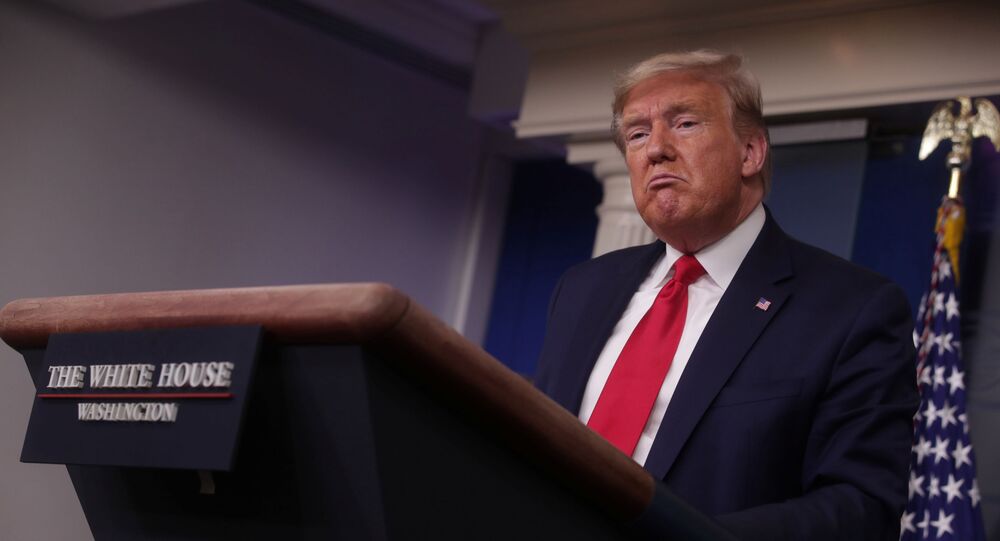 Trump Is Skeptical About WaPo Report Saying Russia, China and Iran Believe COVID-19 Came from US

Since the outbreak of the infectious disease, there have been numerous discussions about where the virus came from. Earlier this month, Zhao Lijian, spokesman for the Chinese Foreign Ministry, claimed that the virus did not originate in China’s Wuhan, but was brought by US soldiers who had come to the city for the World Military Games.

US President Donald Trump is skeptical about a recent report in The Washington Post, which said Russia, China and Iran have reportedly launched information campaigns aimed at blaming the coronavirus pandemic on the United States, Fox News Channel reported. "First of all, you don’t know what they [countries in question] are doing. If you read this information in the Washington Post, you can’t trust it. I have little faith in what the Washington Post publishes", Trump said.

He added that some stories published by the newspaper are fiction. "They will do anything to harm the president", Trump said.

The first case of the COVID-19 virus was recorded in the Chinese city of Wuhan at the end of 2019. The infection quickly spread across the globe and was declared a pandemic by the World Health Organization. According to the latest estimates, more than 700,000 have contracted the virus and more than 30,000 have died from it.