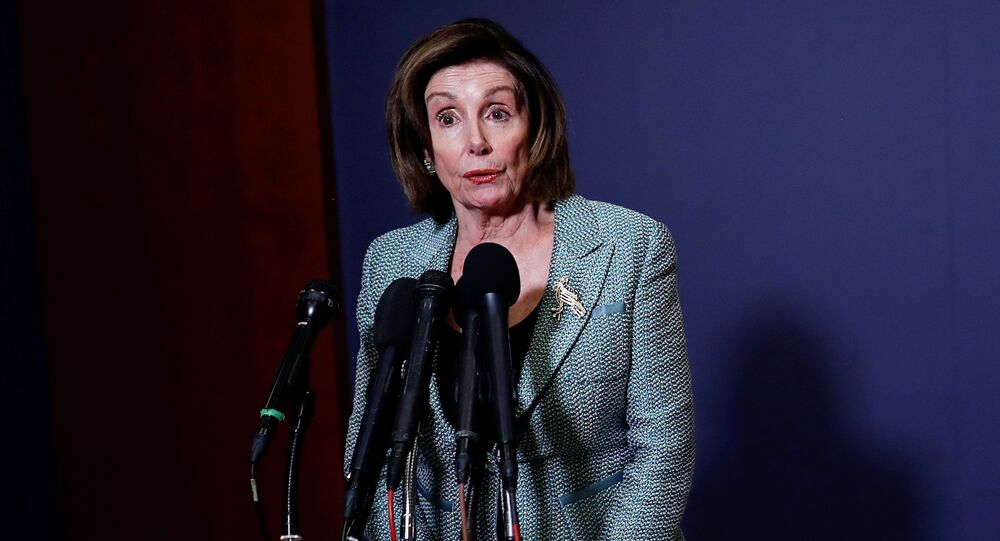 US Speaker of the House Nancy Pelosi, who initiated the impeachment of US President Donald Trump, has repeatedly criticized the president’s policies, including what she described as a lack of leadership in response to the deadly coronavirus pandemic facing the nation and the world.

US Speaker of the House Nancy Pelosi, during a Sunday interview on CNN's State of the Union, criticized President Donald Trump for not taking seriously the ongoing coronavirus crisis from day one, declaring that “as the president fiddles, people are dying”.

The House speaker - third in line for the top spot in the US government - was asked by host Jake Tapper about the president’s intention to consider relaxing federal guidelines for the pandemic in less affected states of the country.

Pelosi noted that the death toll from the virus “has doubled from 1,000 to 2,000 in our country” prior to Trump’s signing of a $2-trillion relief package intended to provide some financial relief for the economic effects of the rapidly-spreading COVID-19 pandemic in the US.

.@SpeakerPelosi says the President downplaying the severity of #coronavirus is “deadly."

“As the President fiddles, people are dying. We just have to take every precaution.” #CNNSOTU pic.twitter.com/y8bFNbaPJy

The lawmaker noted that the best thing the administration could now is “to prevent more loss of life rather than open things up”.

On Friday, Trump signed a $2-trillion relief package aimed at assuaging some of the current economic chaos in the US wrought by the COVID-19 pandemic.

According to the most recent data, there are over 136,000 confirmed cases of the novel coronavirus in the United States as of Sunday, and an estimated 2,400 deaths.

‘Trump is Going to Eat Him Alive’: Comedian Joe Rogan on Biden as the Dem Presidential Candidate

New York Governor Not Aware of Trump’s Quarantine Plans, Doubts It Would Help