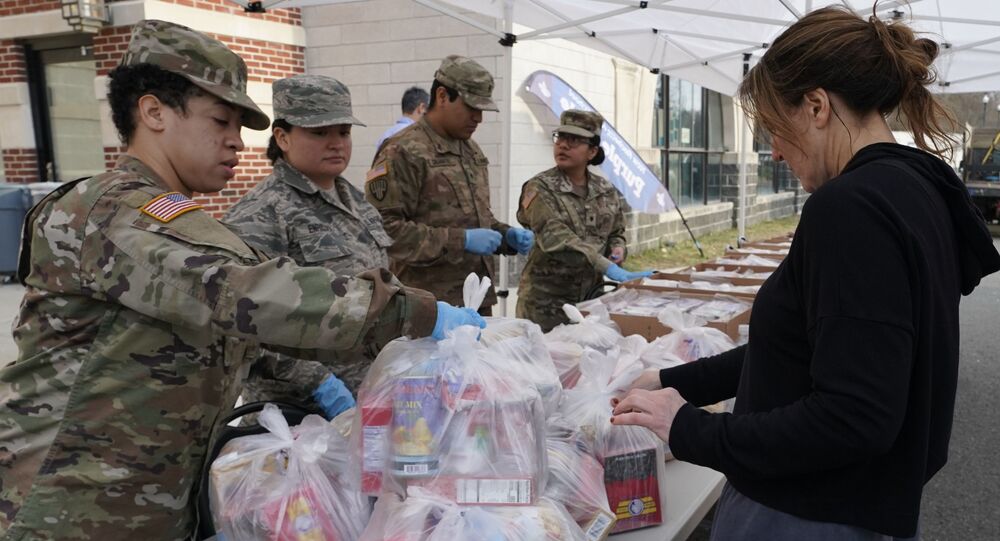 The reported move comes as the US became the country hardest-hit by the novel virus. Washington previously resorted to help from the National Guard to aid civil authorities in handling the pandemic.

The Department of Defence has allegedly activated its protocols on "defence support of civil authorities" across the US, devised back in 1999 but never used prior to this moment, Newsweek reported. The two protocols, the contingency plans CONPLAN 3400 and CONPLAN 3500 reportedly allow the Pentagon to engage in activities directed at establishing "homeland defence" and providing "defence support of civil authorities" respectively.

Under these protocols the Pentagon's forces will reportedly help with handling logistics, providing medical assistance, and communications to those American states suffering most from the novel coronavirus outbreak, such as New York and Washington. The latter have reportedly already had 1,100 servicemen deployed by the US Army North to help them. The Army separately clarified that the forces "will not directly participate in civilian law enforcement activities".

Among the deployed troops is a Joint Task Force-Civil Support unit that is supposed to be used in situations when weapons of mass destruction are used on US soil.

"[The Joint Task Force] could be directed to respond to a natural or man-made disaster if asked to do so by US Northern Command", the unit clarified amid the COVID-19 outbreak.

As the Pentagon becomes engaged in the anti-coronavirus measures in the US, it announced that the military would be able to hide information about the number of infected American servicemen.

"If at some point in the future, a commander believes that the coronavirus could affect the readiness of our strategic deterrent or strategic response forces we would understandably protect that information from public release and falling into the hands of our adversaries", a Pentagon spokesperson said.

The US recently moved into the top spot in terms of countries affected by the COVID-19 coronavirus as the number of cases exceeded 85,000 according to information from the US Centres for Disease Control and Prevention. The virus has taken the lives of 1,246 people in the the US, according to the CDC and some 27,889 per data from Johns Hopkins University.