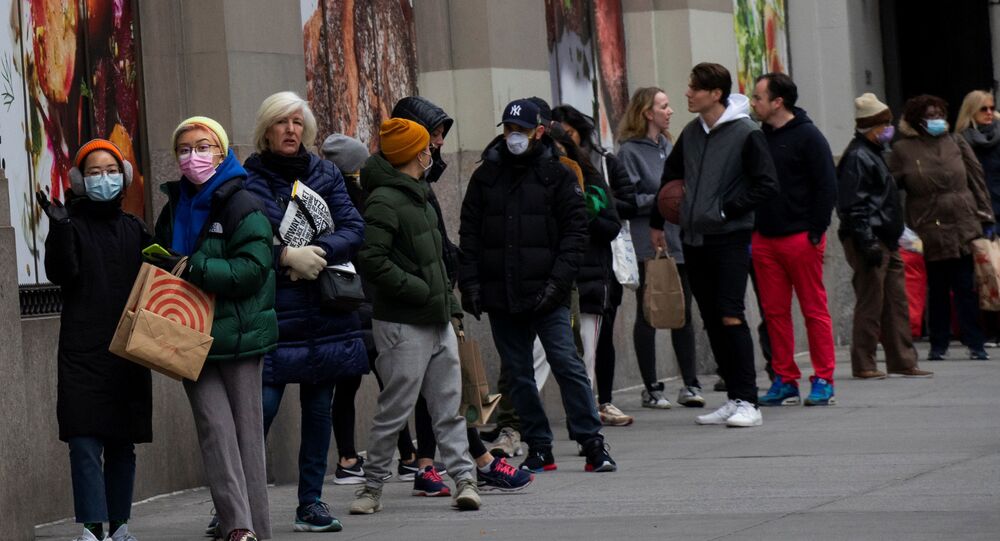 The US on Thursday became the country with the highest number of confirmed COVID-19 novel coronavirus cases, surpassing China, where the virus originally broke out.

According to the New York Times’ database, the US overtook China when a total of 81,321 people were recorded as having contracted the disease. In addition, 1,180 Americans have died of the respiratory illness, which can cause the lungs to fill with blood.

The grim reality of what Trump's mantra "America First" really means: the US now has more cases than any country, including China at its max. The #Covid_19 outbreak isn't expected to peak in the US for several weeks at least & case increases have been exponential (logarithmic). pic.twitter.com/w8R00PdwR5

​However, while China’s rapid clampdown on travel into and out of Hubei Province, where the outbreak began, helped to curb the spread of the virus and the country has registered less than 100 new cases per day for several weeks, the pace of the spread in the United States is only accelerating. Two weeks ago, on March 12, the US Centers for Disease Control and Prevention (CDC) had recorded just 1,629 cases in the US.

During a Thursday White House briefing, US President Donald Trump attributed the spike in diagnoses to increased testing for the virus.

“I think it’s a tribute to our testing,” he told reporters spaced out across the briefing room to maintain social distancing. “We’re testing tremendous numbers of people and every day,” he said, going on to suggest that the number of tests being publicized by the Chinese government could not be trusted.

Trump on US passing China for total coronavirus cases: "I think it's a tribute to our testing." pic.twitter.com/yv1kaagk9k

​​In New York City, which has become the epicenter of the US outbreak with more than 37,000 cases by itself, hospitals are quickly becoming overloaded and beginning to mirror the situation witnessed in Italy in recent weeks.

Between Tuesday and Wednesday night, 88 people died in New York City from COVID-19, and Mayor Bill DeBlasio has predicted that half of the city’s population of 8.1 million people will eventually contract the disease. The New York Times quoted one doctor at Elmhurst Hospital Center in Queens who described the situation as “apocalyptic,” with 13 people dying in the hospital in just one shift. The publication noted that some died in the waiting room while waiting for beds and ventilators to become available.

NBC reported on Wednesday that a temporary morgue has been constructed out of white tents outside of Bellevue Hospital on New York’s Manhattan Island. DeBlasio said the epidemic is expected to peak in the city in three weeks.