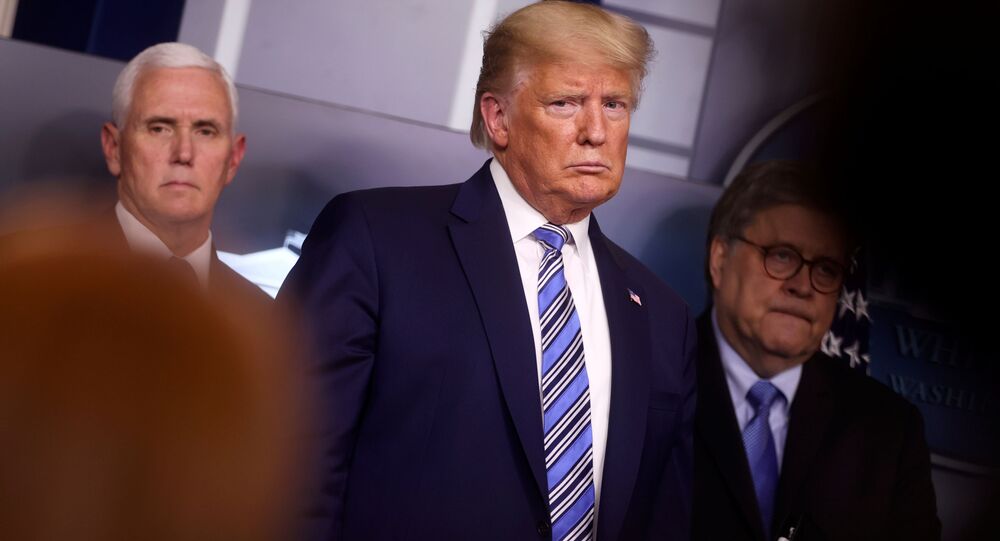 The US president called on existing new coronavirus restrictions to be reassessed recently, suggesting that the cure to the disease should not be allowed to become worse than the problem itself.

US President Donald Trump says that he believes more people will die if anti-COVID-19 restrictions in place in the United States are not lifted soon.

"We have to get our country back to work. Our country wants to be back at work. This cure is worse than the problem. Again, people, many people - in my opinion more more people - are going to die if we allow this to continue. We have to get back to work," Trump said, speaking at a Fox News town hall event on Tuesday.

Trump said he'd "love to have the country opened up and just raring to go by Easter, " which will be marked on April 12, adding that he had already given the nation two weeks to try to slow the virus down.

According to Trump, tens of thousands of Americans die of other ailments and incidents including seasonal flu and car accidents, but "we don't turn the country off." America, he said, is "not built to be shut down. You can destroy a country this way by closing it down."

"We'll assess at that time and we'll give it some more time if we need a little more time, but we need to open this country up. We have to go back to work, much sooner than people thought," the president added, echoing sentiments he expressed in an all-caps tweet on Monday.

WE CANNOT LET THE CURE BE WORSE THAN THE PROBLEM ITSELF. AT THE END OF THE 15 DAY PERIOD, WE WILL MAKE A DECISION AS TO WHICH WAY WE WANT TO GO!

According to Trump, the US can't afford to "lose a Boeing" and other companies. "If we lose those companies we're talking about hundreds of thousands of jobs, millions of jobs."

Earlier Tuesday, Vice President Mike Pence assured businesses that a nationwide lock down was not being tabled as a measure to combat the spread of COVID-19.

The White House's 15-day plan advises against public gatherings of over 10 people, and recommends that sick people and those at risk stay at home.

At the state level, however, some jurisdictions including California, Connecticut, New Jersey, New York, Ohio and Illinois have implemented stricter guidelines.

The US registered over 100 coronavirus-related deaths on Monday, with total US infections standing at nearly 50,000, including 600 deaths.

Lawmakers in Congress continue to work on a $1.8 trillion package of measures to provide economic relief to businesses and workers who have taken an economic hit due to the coronavirus pandemic, although the bill has been held up by partisan bickering over whom the aid should be disbursed to.