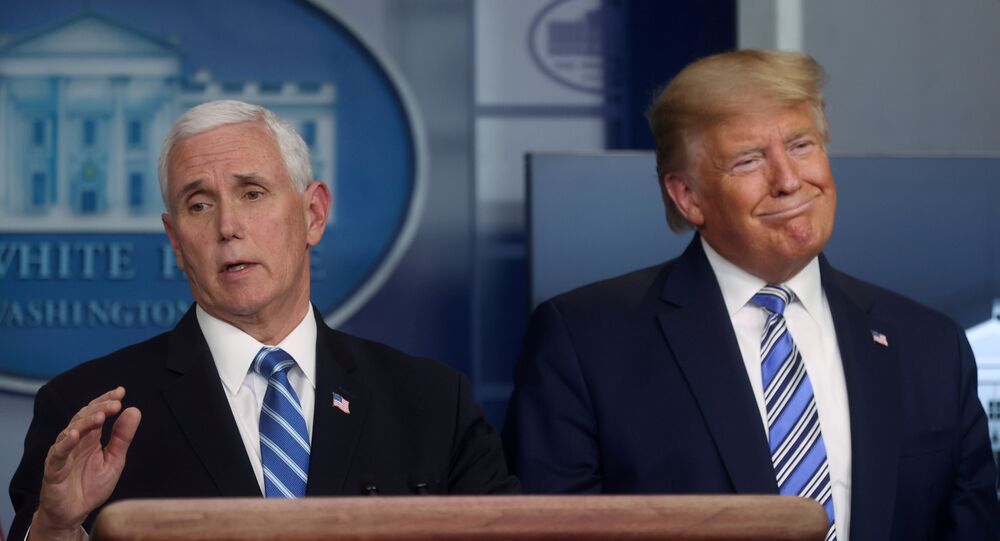 Independent of federal rules, some state and local officials have made dramatic steps to limit the spread of the pandemic by ordering schools and businesses closed. Despite ruling out a nationwide stay-home order, the White House claims to be in favour of such measures.

US Vice President Mike Pence reassured the country on Tuesday that a nationwide lockdown has not been on the table so far as a measure to combat the spread of the coronavirus.

“Currently, I can tell you that at no point has the White House coronavirus task force discussed what some people call a nationwide lockdown,” Pence, who is leading the task force, said during a virtual town hall on Tuesday.

Pence instead cited Donald Trump’s coronavirus guidelines, a 15-day plan that advises against public gatherings of more than 10 people and recommends sick people and those in a high-risk category to stay home.

“This is what we believe every American should be doing because we think we have the chance to significantly reduce the spread of the coronavirus,” he said.

Some states including California, Connecticut, New Jersey, New York, Ohio, and Illinois have implemented orders requiring people to stay indoors as much as possible – a measure that has not been mandated at the federal level but something Pence said the government fully supports.

Donald Trump, who is worried about the already-visible economic impact from lockdowns on economic growth, his most coveted accomplishment, said on Monday that he would reopen parts of the economy closed to contain the pandemic as soon as possible.

“Our country was not built to be shut down,” he said. “This is not a country that was built for this.”

New York’s Democratic governor, Andrew Cuomo, pushed back against the plans, saying, “We’re not going to accept a premise that human life is disposable. And we're not going to put a dollar figure on human life.”

His comments came on the day the US registered more than 100 coronavirus-related deaths – first time the nation’s death count has passed triple digits in a single day.

Meanwhile, COVID-10 cases have soared past 46,000, with the death toll standing at almost 600 as of Tuesday, according to Johns Hopkins University data.