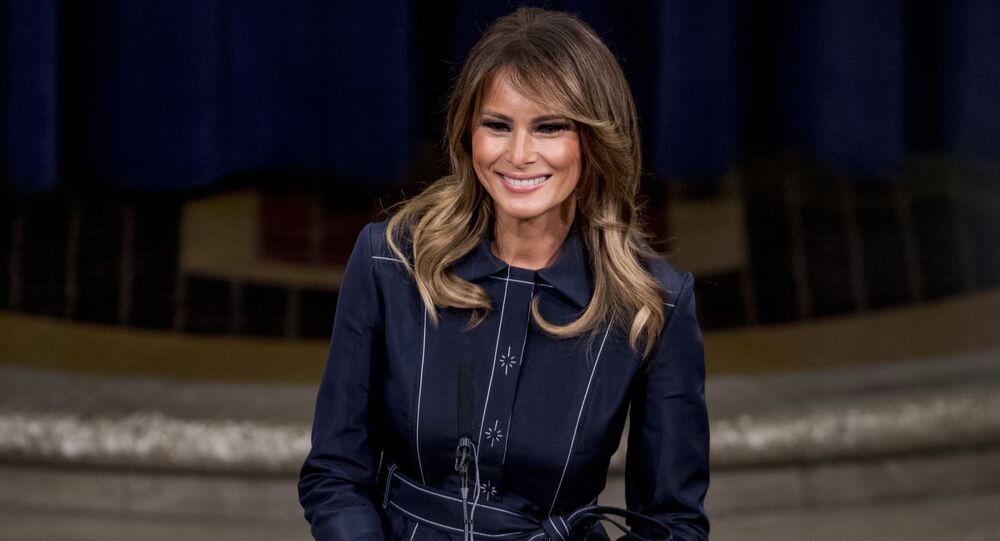 On Friday the White House learned that a member of the Vice President’s staff had tested positive for the coronavirus, with Mike Pence and his wife subsequently testing negative, and Donald Trump taking a test last week, which the White House said was negative

Melania Trump has tested negative for coronavirus after being tested at the White House together with the US President on 13 March.

“She’s fine…Negative, yes,” was Donald Trump’s response when asked by reporters in the White House briefing room whether the First Lady had been tested for the novel coronavirus.

Trump's response to a question about if Melania getting tested for #coronavirus "She is fine.. Negative."#COVIDー19 pic.twitter.com/rVVby9FZgs

​“Mrs. Trump got tested the same night as the President was tested, out of an abundance of caution. The test was negative,” said White House press secretary Stephanie Grisham.

In response to the news, some netizens on Twitter sarcastically questioned the need for testing the First lady at all.

This was part of a barrage of tests including IQ for which she also tested negative.

​Other netizens took issue with the way the briefing was held in the current circumstances.

They don't even practice social distancing during their briefing.

​Other netizens hurried to express their relief over the news.

Thank you God! Strengthen and protect this beautiful family for the fight ahead!

​The FLOTUS was among several other White House officials tested for Covid-19, as Vice President Mike Pence and his wife Karen Pence were also tested on Saturday, 21 March, after it was revealed that a member of the Pence's staff had tested positive for the respiratory disease.

Over the weekend Sen. Rand Paul (R-KY) became the first US senator to confirm he had tested positive for the coronavirus.

In a statement on 23 March the senator said he had sought a virus test due to previously having a portion of his lung removed after an injury sustained in the 2017 assault on him by a neighbor.

“I believe we need more testing immediately, even among those without symptoms... I didn’t fit the criteria for testing or quarantine. I had no symptoms and no specific encounter with a COVID-19 positive person,” Paul said in a statement.

“I had, however, traveled extensively in the US and was required to continue doing so to vote in the Senate. That, together with the fact that I have a compromised lung, led me to seek testing.”

Donald Trump took the test amidst earlier reports that the US President had been in contact with two individuals at his Florida Mar-a-Lago beach club who had tested positive for the novel coronavirus.

Earlier, First Daughter Ivanka Trump also tested negative for the coronavirus last week. The White House adviser took the test after discovering that an Australian official she came into contact with in early March tested positive for COVID-19.