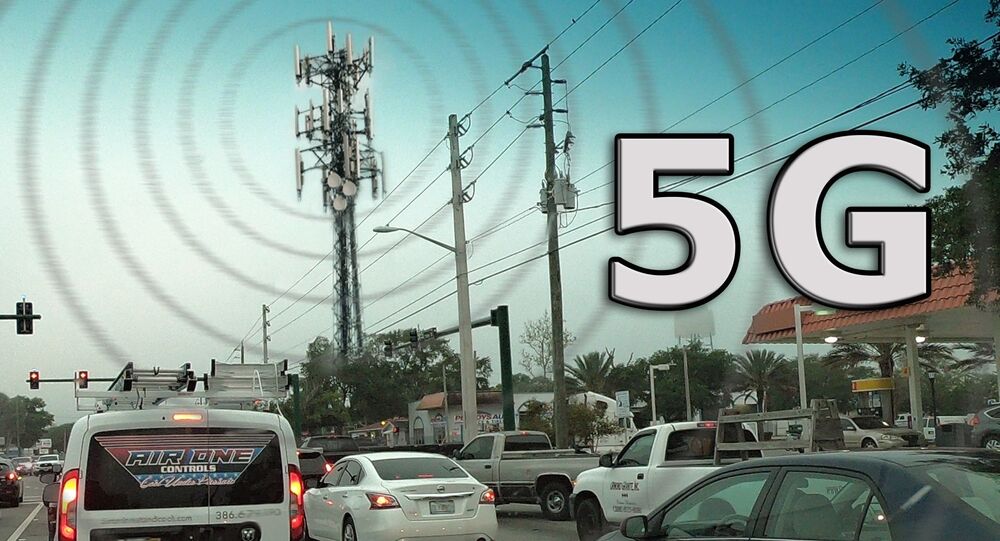 According to the newly-signed bill, the US President has to fill in America’s allies on 5G-related security risk information, after consultations with members of Congress, and  seek the Federal Communication Commission’s approval of some parts of his 5G strategy.

US President Donald Trump has sought to assert his authority over US legislators and the national communications regulatory agency regarding a new 5G security law.

What is the law about?

Trump on Monday signed the Secure 5G and Beyond Act of 2020, a piece of legislation that calls for his administration to roll out a strategy for 5G implementation across the country.

The bipartisan act, which passed in the House in January and in the Senate earlier this month by an overwhelming majority, also mandates that the US President develop a plan to “provide technical assistance” to America’s security allies, strategic partners and other countries deemed to be of interest.

The goal of that plan, which must be submitted to multiple congressional committees before adoption, is to “maximise the security of” 5G and future generations of wireless communications technology, as well as to promote “maximum inter-operability, competitiveness, openness, and secure platforms.”

The Secure 5G and Beyond Act was adopted following several failed attempts by the US administration to lobby its allies such as the UK, Germany and France, not to use Huawei equipment in their future 5G networks.

How is Trump going to defy it?

In a statement on Monday, Trump said that “section 4 of the Act purports to require the President to engage in international diplomacy in order to share information and pursue policy goals specified by the Congress.”

However, he added, citing “long-standing constitutional practice”, that he will “treat the relevant provisions of this section in a manner that does not interfere with the President’s exclusive constitutional authorities with respect to foreign relations”.

According to the act, the Federal Communications Commission, an independent regulatory agency responsible directly to Congress, first has to approve any aspect of the President’s 5G strategy that involves “non-Federal spectrum” before the administration can implement it.

Trump looked to overrule the FCC’s powers as well, saying: “My understanding is that this provision does not preclude me or future Presidents from exercising our constitutional authorities as the ‘sole organ’ of the Nation in foreign relations and as the head of the unitary Executive Branch to ensure proper implementation of the entire strategy.”