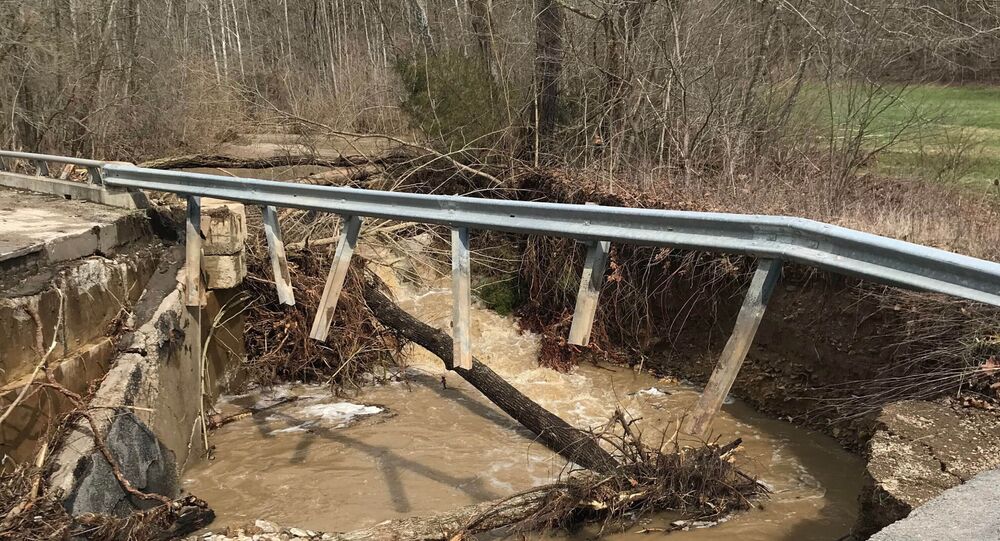 MOSCOW (Sputnik) - Floodwaters have swept away a bridge in the US state of Indiana, leaving six people dead, including three children, local media reported.

According to the broadcaster WBIW, floodwaters swept two vehicles off a roadway into a creek near the town of Laurel in an area near the intersection of Sanes Creek and Tee Hill roads – a heavy storm had passed through the area on Friday.

“We are extremely thankful for the overwhelming outpouring of support by all agencies involved, as well as the many community members who assisted in search efforts”, Franklin County Sheriff Pete Cates said as quoted by the outlet.

Following search and rescue operations on Friday and Saturday, police have reportedly found six bodies, including two males aged 48 and 47, a 35-year-old female, and three children aged 13, 7, and 4.

The scene is still under investigation by Indiana Conservation Officers and the Franklin County Coroner’s office, the broadcaster said.