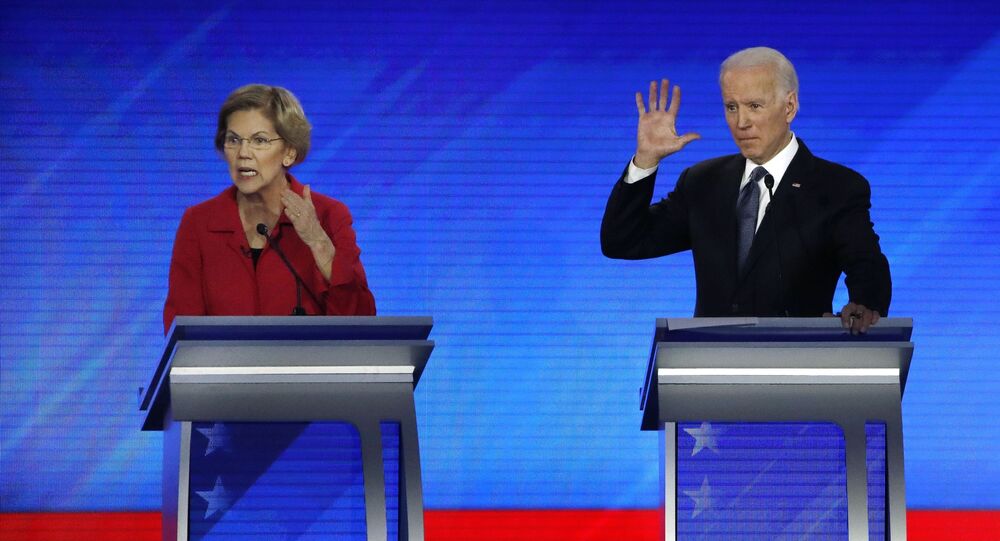 Biden is seeking to prop up his ticket with a woman, and there are a number of top-tier female candidates who each have their own arguments. Warren seems to be the most unlikely choice so far, given her spotty history with the former vice president, who reportedly has been making overtures to patch things up.

Massachusetts Senator Elizabeth Warren is said to be on the list of potential candidates to run for vice president together with Joe Biden.

An adviser for Biden told POLITICO in an article published Monday that there is “a lot of pressure” on his campaign to select Warren as his running mate.

With the Democratic presidential race coming down to a contest between two white men in their late 70s, Biden chose to boost his appeal by committing to name a woman as his vice presidential candidate. His main rival Bernie Sanders said he would “in all likelihood” do so too, stopping short of making promises.

Some of the most-discussed possible picks for Biden are three incumbent senators who have all participated in this year’s presidential race: Kamala Harris from California, Amy Klobuchar from Minnesota, and Warren from Massachusetts.

Harris, the only black woman in the 2020 primary, could help the Biden campaign reach out to African American voters, and Klobuchar could give him a boost in the Midwestern swing states that went red in 2016. Both women backed Biden this month; the Minnesota senator did so ahead of the crucial Super Tuesday primaries after dropping out of the race.

Warren, once a frontrunner whose campaign outlived those of her female challengers, is yet to issue an endorsement. She is generally seen to have much more alignment with Sanders on policy issues, but Biden’s growing lead in the primaries may sway her toward considering a realpolitik move and join his ticket.

The two have spoken over the phone twice since Warren dropped out this month, a source familiar with the matter told POLITICO.

Warren has clashed with Biden in the past. Notably, over 2005 bankruptcy legislation that he proposed, making it more difficult to declare bankruptcy. However, the former vice president last week extended an olive branch and endorsed her new plan that would allow student loan debt to be eliminated under bankruptcy proceedings.