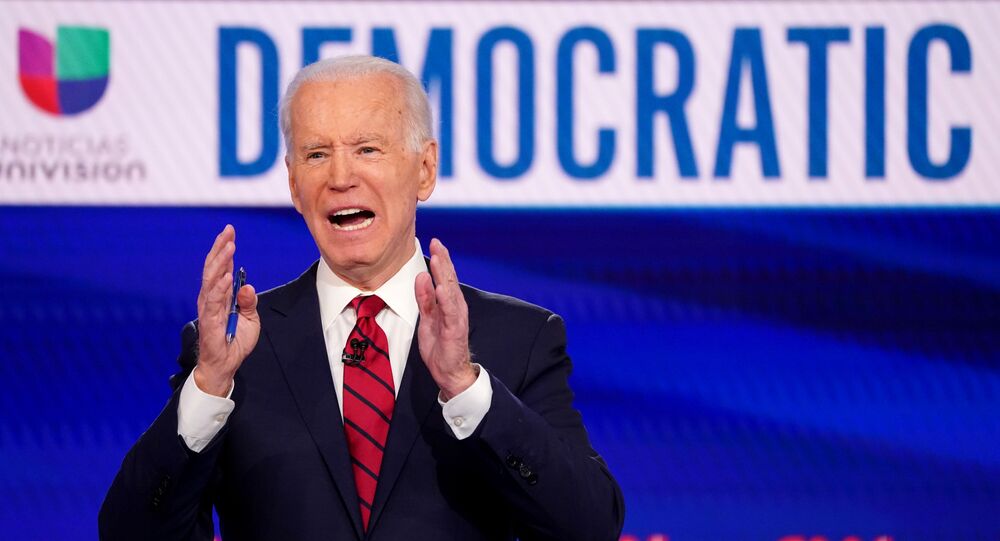 Florida is the most important of the three states holding Democratic primaries today, with 219 pledged delegates. In Illinois and Arizona, 155 and 67 delegates are at stake, respectively.

With 98 percent precincts reporting, Biden has a share of at least 130 delegates in Florida, while Sanders will take at least 48.

Biden has also won every county in the state so far.

Early results showed Biden leading in Florida with around 60 percent. According to Vox, Biden was leading with 60.34 percent, while Senator Bernie Sanders (I-VT) was at 22.39 percent, with 57.93 percent precincts reporting.

In total, 441 delegates are up for grabs in Florida, Illinois, and Arizona. Initially, four states were scheduled to hold Democratic primaries today, but the Ohio primary (136 delegates at stake) was called off over health concerns, as the new coronavirus (COVID-19) outbreak is raging in the US.

1,190 delegates are needed to win the party nomination on the first ballot. Biden so far has won 898 delegates to Sanders' 745 after more than 25 primary contests, according to the AP official delegate count.