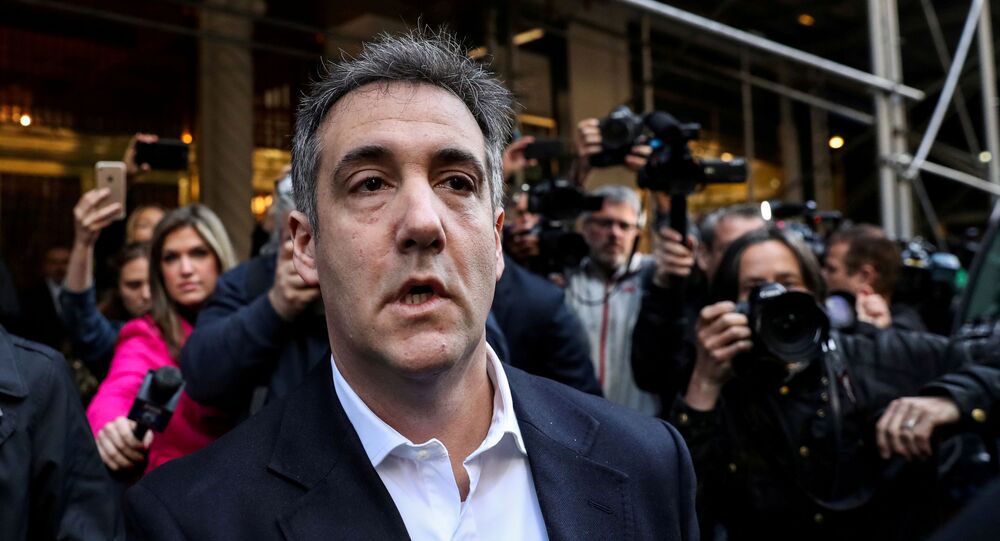 Cohen is serving a three-year sentence over charges of bank fraud, campaign finance law violations and lying to Congress in 2017. In particular, he pleaded guilty to wiring $130,000 to adult movie actress Stormy Daniels during the 2016 election to silence her from speaking about her alleged intimate encounter with Trump.

President Trump's former lawyer and fixer Michael Cohen has requested to spend the rest of his sentence at home due to unsafe prison conditions amid the new coronavirus outbreak, NBC News reported on Tuesday.

According to NBC, his lawyer handed a letter to the judge on Tuesday saying that Cohen's sentence should be changed since the Bureau of Prisons was "incapable of safeguarding and treating BOP inmates who are obliged to live in close quarters" and are at risk of contracting the COVID-19.

Cohen's lawyer also attached articles about hygiene issues in US prisons and pointed to the states that have recently taken measures to cut down the number of prisoners to prevent the spread of the virus both among them and the prison staff.

Cohen, 53, earlier asked to shorten his sentence from three years to one or put him under house arrest due to his "cooperation with the investigation".

According to Forbes, Otisville federal prison camp in New York, where Cohen is confined at the moment, is in the top ten of America's "Cushiest Prisons". In Otisville, kosher meals are provided, prisoners can speak to a rabbi and do their laundry themselves.