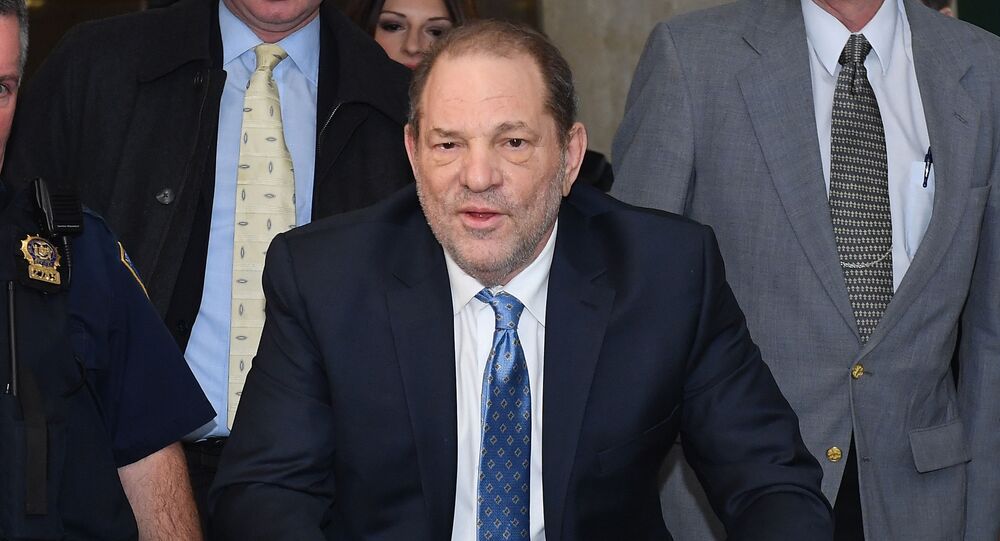 Harvey Weinstein Sent Back to Prison After Hospitalisation Last Week

Ex-movie mogul Weinstein, 67, was sentenced to 23 years in prison for rape and sexual assault last week but was cleared of first-degree rape and predatory sexual assault charges that could have resulted in a life sentence.

Former Hollywood producer Harvey Weinstein has been moved back to Rikers Island prison in New York City from Manhattan hospital where he was taken to just hours after hearing his sentence, Variety newspaper reported on Monday.

According to the outlet, a week before his sentence, Weinstein had an angioplasty due to complaints about chest pain and increased blood pressure.

"It's known that he has a weak heart. [...] He has heart issues and serious health issues and they [prison staff] wanted to make sure he was okay”, Weinstein's spokesman Juda Engelmayer said as quoted by Variety.

Engelmayer indicated that Weinstein's hospitalisation was not related to the novel coronavirus disease (COVID-19) but was due to heart issues.

He still faces four counts of rape and sexual assault in Los Angeles in connection with two cases that allegedly occurred in 2013. The extradition process for Weinstein has already begun, while his permanent prison "home" is not known yet.

Since 2017, dozens of Hollywood employees and actresses, including Angelina Jolie and Uma Turman, have accused Weinstein of sexual harassment, with some of the accusations dating back as far as 1980. As the scandal broke out, Weinstein was fired from his own company and the New York authorities launched an investigation.

Weinstein has denied all charges pressed against him insisting all his sexual relationships have been consensual.