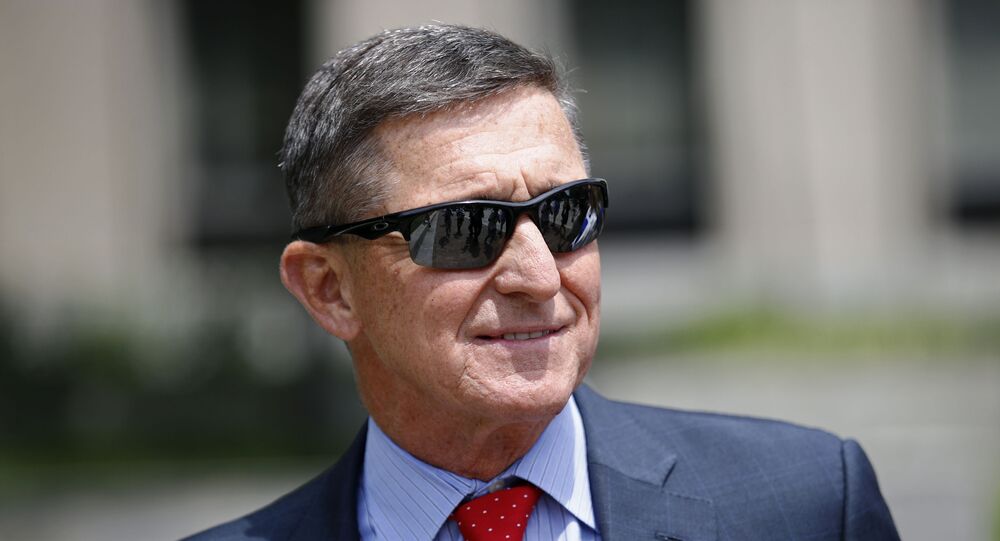 The former Trump team official pleaded guilty to making "false and fraudulent statements" to the FBI regarding his contacts with Russian Ambassador to the US Sergey Kislyak in 2016. Despite this, he has still not been sentenced and has been attempting to withdraw his plea since mid-January 2020.

US President Donald Trump slammed the FBI's handling of the case of former National Security Adviser General Michael Flynn and added that he is "strongly considering" pardoning the former administration official.

So now it is reported that, after destroying his life & the life of his wonderful family (and many others also), the FBI, working in conjunction with the Justice Department, has “lost” the records of General Michael Flynn. How convenient. I am strongly considering a Full Pardon!

In his tweet, Trump was apparently referring to media reports from 2019 that suggested the Flynn case’s documents had been lost by the FBI. These reports have not been officially confirmed since.

Flynn served as national security adviser on Trump's team until he resigned on 13 February 2017 over reports of his alleged talks with Russian Ambassador to the US Sergey Kislyak amid the 2016 election campaign. Following an FBI probe into the matter as a part of a broader Russia probe, Flynn pleaded guilty to deliberately making "false and fraudulent statements" to the FBI about his contacts with Kislyak.

He namely admitted in December 2017 to talking with the envoy on 29 December 2016 prior to Trump's inauguration in an attempt to prevent Moscow's response to the then recently imposed sanctions. However, since then, Flynn's sentencing has been postponed on several occasions, as the former official started backtracking on his plea and claiming that he was tricked by the FBI into lying to them in the first place.

In January 2020, prosecutors filed a memo suggesting a term of no more than six months for Flynn, but in response, the ex-adviser requested the withdrawal of his plea, citing the "government’s bad faith, vindictiveness, and breach of the plea agreement". He also asked to be sentenced to probation and community service if his request is not approved.

Flynn's sentencing was last postponed on 10 February 2020 for an indefinite period of time after he accused his lawyers of breaching his constitutional rights by providing him with inadequate legal counsel.