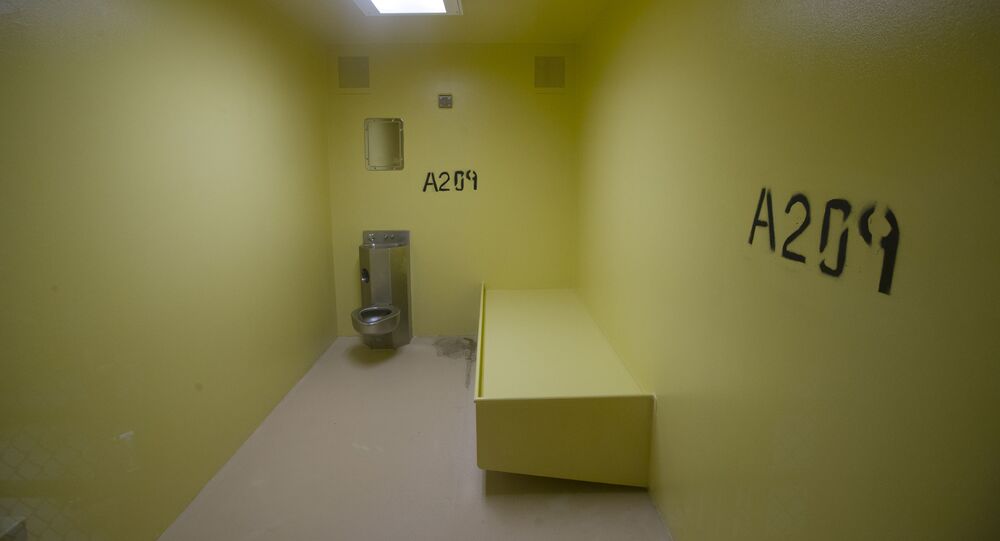 The Guantanamo Bay Naval Base, also known as Gitmo, has been a US detention camp for international terrorists since 2002. The Cuba facility has long been criticized for its mistreatment and abuse of prisoners, with human rights activists, lawmakers and the general public calling for its closure.

According to a New York Times report, the US has made the conditions under which prisoners are kept slightly more lenient. The prisoners, previously interrogated by the Central Intelligence Agency (CIA), formerly would spend days and nights in isolation - each locked alone in a separate cell - often engulfed in total darkness and forced to listen to amplified white noise, the media report said.

Currently, the US military allows the 14 former CIA prisoners to walk unencumbered from their cells into enclosed open-air recreation pens, The New York Times said.

Gitmo administration has reportedly converted one of the cells into a communal pantry with a refrigerator, microwave and spices for meal preparation.

US troops can reportedly now also track the prisoners through cameras and other surveillance. According to The New York Times,  Col. Steven G. Yamashita said that the incarceration conditions for Gitmo prisoners are different today than in previous years in this special CIA detention.

Lockdown is generally limited to four hours a day total, typically from 2 a.m. to 4 a.m. and from 2 p.m. to 4 p.m., the media report said, adding that during these time periods, Gitmo prisoners go inside their 86-square-foot (8 meter-square) cells, behind two doors, and a control room locks them in and soldiers come onto the blocks. The soldiers may search a cell or prisoner at any time. US troops also frequently inspect the food pantry, and an additional communal cell with approved books and videos, and the open-air recreation yard.

“There’s been a real relaxation of the circumstances of their confinement that has removed a lot of the absurdly unnecessary restrictions for the previous 10 years”, Maj. James D. Valentine said, cited by The New York Times.

Valentine, a Marine lawyer, represents two former CIA prisoners, who are held as Law of War detainees at the maximum-security prison. The definition of a Law of War prisoner indicates that neither of the two men are charged with a crime, according to the newspaper.

© AP Photo / Lynne Sladky
‘End of Life Care’: Gitmo Might Turn Into Rest Home as Prisoners Aging - Report
The New York Times said, citing war court testimony and sources familiar with the matter, that the US military has made imprisonment conditions for Gitmo's so-called high-value detainees more lenient. Media reports point out that the improvement of conditions for the captives has reduced the overall workload for captors at a time when the US military is reportedly reducing the number of servicemen assigned to detention operations at Guantanamo Bay.

According to the media report, Gitmo's most secret block, Camp 7, and its location and interior conditions remain highly classified. Camp 7 is notorious for housing Khalid Shaikh Mohammed and four other prisoners accused of orchestrating the 11 September 2001 terrorist attacks in New York City and Washington DC.

Fed Up With London, US Could Send British Jihadists to Guantanamo Bay - Report