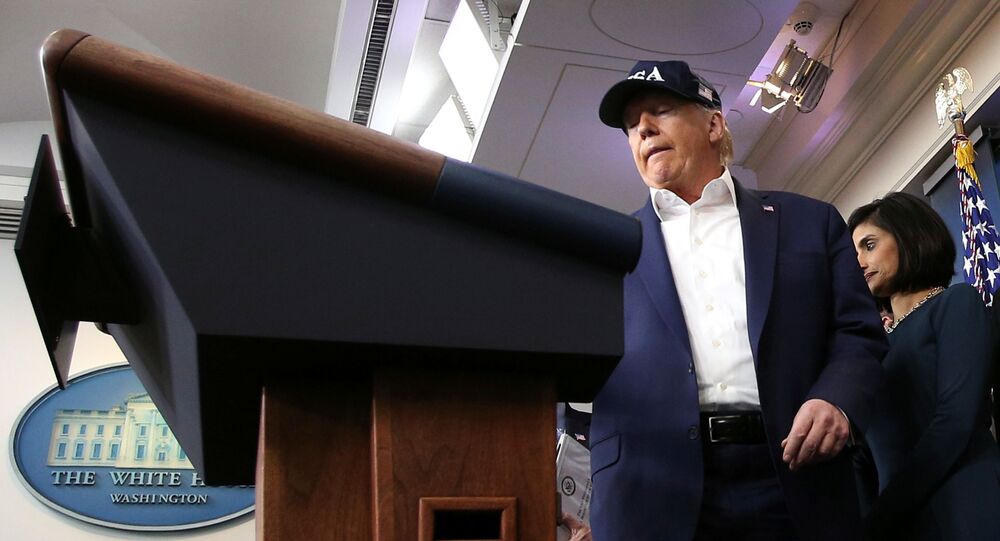 Reports that the 45th US president may have contracted the respiratory disease started circulating after Trump met with an aide of his Brazilian counterpart who tested positive for COVID-19. The two were pictured standing right next to each other.

President Trump has said that he has taken a test for the coronavirus and is currently awaiting the results.

“Whatever it takes. A day or two days. Whatever it is. They send it to a lab", Trump explained during a press conference.

The development comes after White House physician Sean P. Conley released a statement that the 73-year-old is at “low risk” of contracting the virus, despite the fact that Trump had interacted with two people who later tested positive for the disease.

​In recent days, the president has been repeatedly grilled by journalists, who have asked whether Trump would take a test.

The 45th initially said he didn’t have any symptoms and thus had no intention of doing so, stressing that the test could set a bad example. "We don’t want people without symptoms to go and do the test”, Trump told reporters. Later he said that he was planning to get tested “fairly soon".

The number of coronavirus cases in the United States is currently at least 2,100, with 50 deaths from the infection. Around the world, more than 140,000 people have contracted the disease.