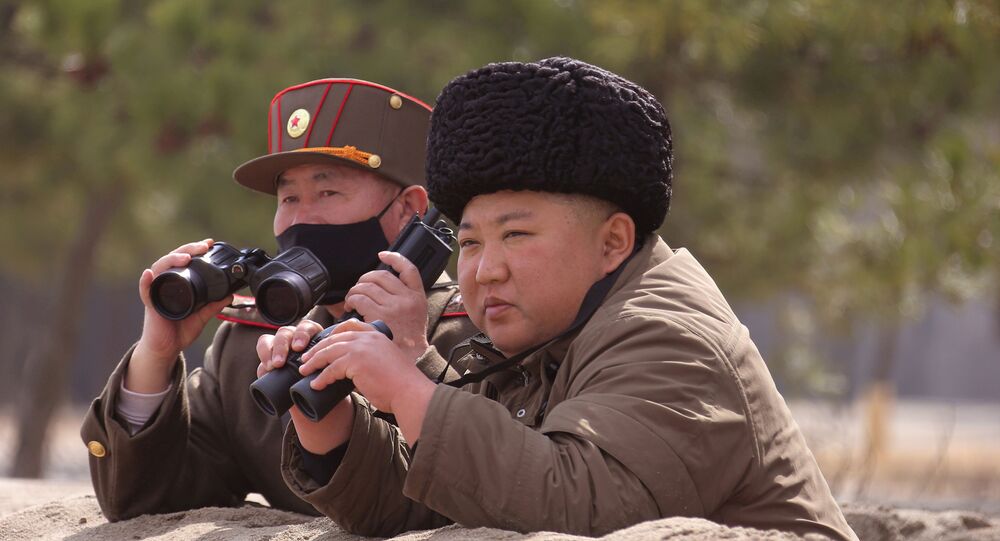 Conspiracy theories have been widely disseminated online as the COVID-2019 pandemic continues it's race across the world, with over 5,300 people dead from the contagious disease and 140,000 currently infected.

Jerry Falwell Jr., the president of Liberty University - a for-profit evangelical Christian educational facility - claims that North Korea and China plotted the COVID-19 outbreak in a bid to target POTUS.

"You remember the North Korean leader promised us a Christmas present for America? Back in December [...] Could it be they got together with China and this is that present? I don’t know. But it really is something strange going on", Falwell told Fox News.

Falwell alleged earlier that US-based media was doctoring coverage of COVID-2019 to create the impression of it being Trump's fault.

In December 2019, North Korean leadership promised a "Christmas gift" - reportedly indicating a long-range missile launch - to the US unless the Trump administration reopened the stalled denuclearization talks. However, no action has been reported from Pyongyang.

North Korea - the nation that borders two coronavirus hotbeds, China and South Korea - has completely shut its land checkpoints and isolated foreigners as a means of attempting to prevent the dangerous viral pandemic from spreading. In early February, Pyongyang reportedly sent aid to Beijing to help in fight against the highly-contagious coronavirus outbreak.

© AP Photo / Ahn Young-joon
US National Security Adviser Says North Korea May Have Reconsidered ‘Christmas Gift’
On Thursday, a spokesman for the Chinese Foreign Ministry Zhao Lijian, suggested that COVID-19 could have been brought into China's Wuhan - ground zero for the pandemic - by the US military. Zhao tweeted several claims that the United States could be the initial hotbed of the contagious infection.

The move reportedly prompted the US Department of State to summon the Chinese envoy over the latter's “blatant, global” disinformation campaign on the novel coronavirus.

According to Fox News, Falwell declared that he would not cancel classes at his school, although increasing numbers of major universities have moved their teaching online.