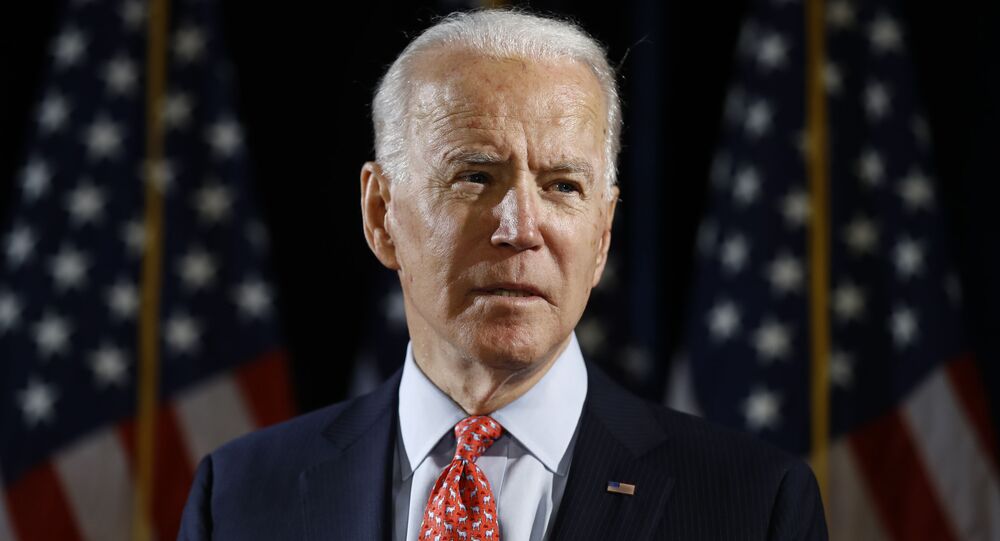 On 3 March, two female anti-dairy activists rushed a stage in Los Angeles where Joe Biden was delivering a Super Tuesday victory speech. The women were quickly tackled by Biden’s wife and his senior adviser.

CNN cited an unnamed congressional source on Friday as saying that the campaign of Democratic presidential hopeful Joe Biden has called for the country’s Secret Service to protect the former US vice president. The United States Secret Service (USSS) is a federal law enforcement agency under the Department of Homeland Security.

The “big four congressional leaders were notified today that the Biden campaign has submitted a formal request for USSS protection”, the source said, adding that a “disposition of the matter expected soon”.

The request comes after House Homeland Security Chairman Bennie Thompson said on Wednesday that he had earlier discussed Biden's lack of Secret Service protection and that the presidential hopeful had pledged to consider the matter.

Last week, Thompson said that he had urged congressional leaders and acting Homeland Security Secretary Chad Wolf to "immediately undertake" the process to decide whether Biden should be protected by the USSS.

The incident was swiftly resolved by former Second Lady Jill Biden and senior campaign adviser Symone Sanders, who made the women leave the stage.

Shortly before the encounter, USSS spokeswoman Cathy Milhoan underscored that the Secret Service “has had teams identified, trained, and ready to deploy for months”.

She added that the USSS’ “men and women stand ready to execute this vital mission when a candidate makes a request through the Secretary of Homeland Security in consultation with the Congressional Candidate Advisory Panel”.