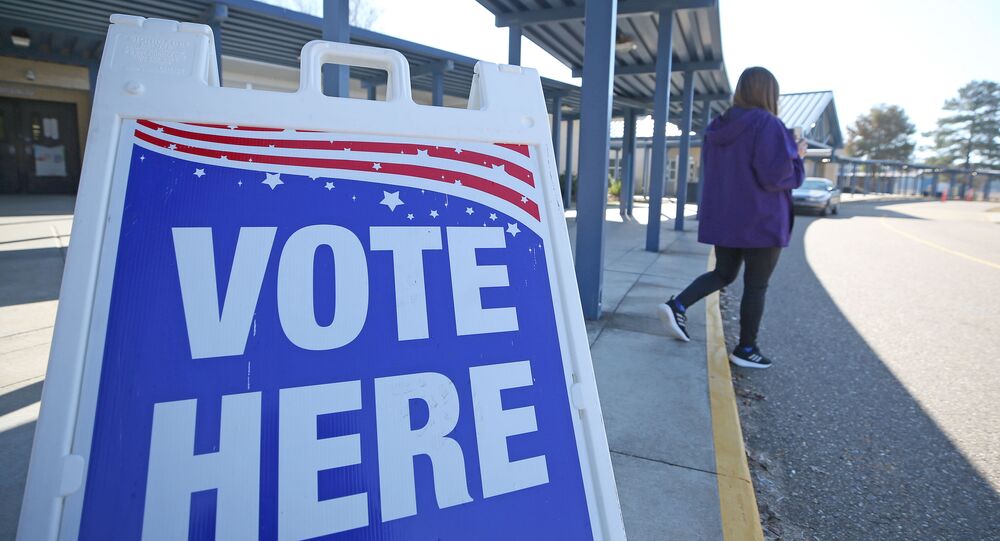 WASHINGTON (Sputnik) - The US state of Louisiana has postponed its primaries due to the novel coronavirus outbreak, becoming the first state to do so, Louisiana Secretary of State Kyle Ardoin said in a press conference on Friday.

"Today I have certified that the state of emergency exists and requested that the governor issue an executive order postponing the elections this spring", Ardoin said.

On 10 March, six US states held primary elections with more than 350 delegates up for grabs including Michigan (125 delegates), Missouri (36) and Washington (89).

With 100 percent of the votes counted in North Dakota, Sanders bested Biden by a 53.3-39.8 percent margin, as reported in the New York Times.

© REUTERS / REBECCA COOK
Live Updates: Biden Projected to Win Democratic Primaries in Four States, Including Michigan
However, Biden won the delegate-rich contest in Michigan, as well as Missouri, Mississippi and Idaho, compiling an 823-663 lead in delegates to July’s Democratic National Convention, according to The Times.

To secure the Democratic nomination, a candidate needs to secure votes from 1991 pledged delegates.

The US has over 1,300 COVID-19 cases out of 127,000 confirmed globally with at least 38 deaths out of more 4,700 reported worldwide, according to Johns Hopkins University. The country ranks eighth in a disease expansion, now officially recognized as a pandemic.