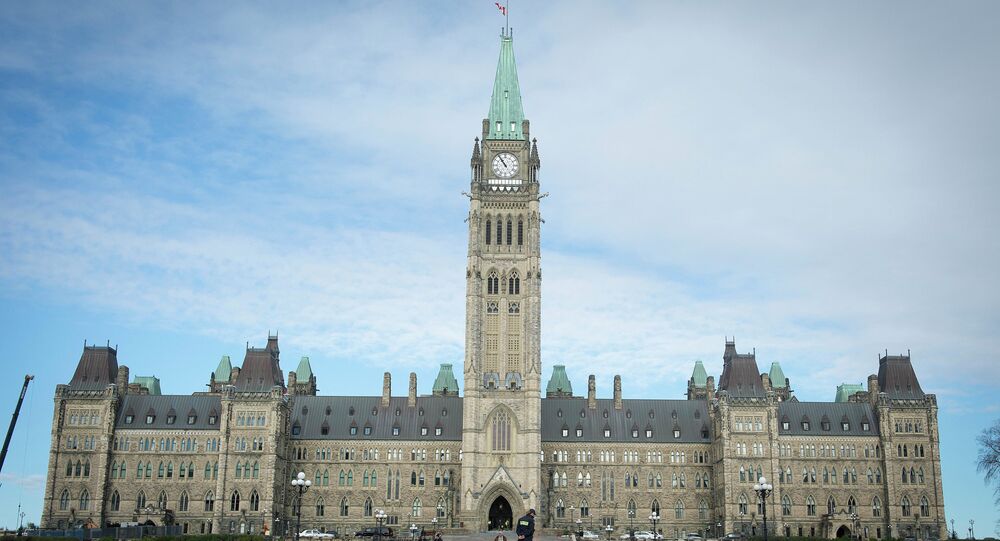 "My colleagues and I, in direct collaboration with our friends across the aisle, have come to an arrangement to suspend Parliament while ensuring the gov[ernmen]t continues to have the authority and capability to provide our country with necessary financial supports," Strahl said.

Earlier, it was reported that Canadian Prime Minister Justin Trudeau and his wife, Sophie Gregoire Trudeau, isolated themselves on Thursday after Canada's first lady showed flu-like symptoms following a speaking engagement in the United Kingdom.

Later on, the prime minister's office said in a statement that Sophie Gregoire Trudeau had tested positive for COVID-19.

The number of confirmed cases of the novel coronavirus (COVID-19) in Canada jumped by more than 30 percent in a single day, according to health agency data.

As of Friday, Canada has more than 140 confirmed cases of the coronavirus, while the total number of those infected has surpassed 127,000, with almost 5,000 dying due to the disease.