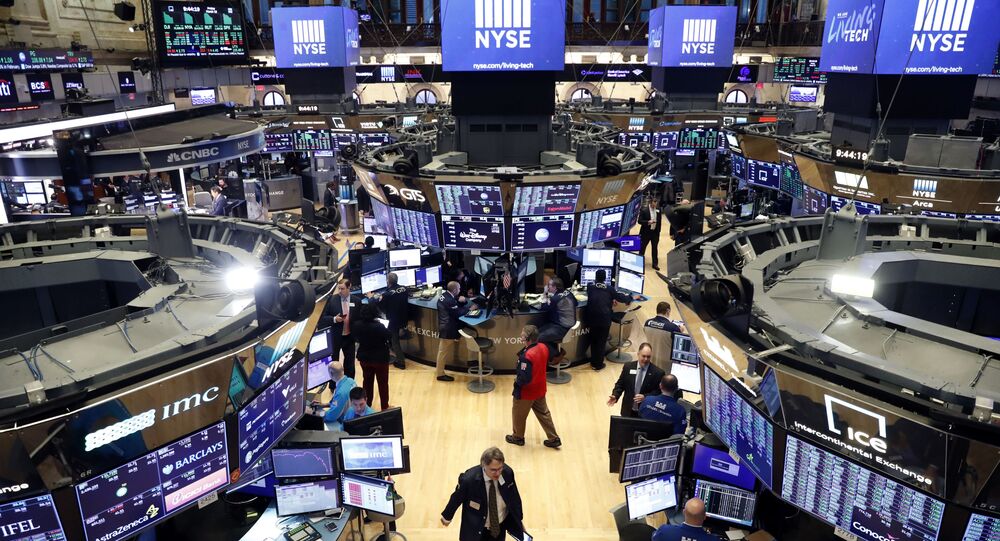 US stocks slumped deep into bear market territory on 12 March as Wall Street’s three main indexes closed down almost 10 percent each, reacting to President Donald Trump’s ban of most European travel to the United States.

The Dow Jones Industrial Average, the largest equities gauge on the New York Stock Exchange has jumped 1,200 points upon opening, a day after the market's worst performance since the 1987 Black Monday crash, according to trading data.

The sharp decline on the three main indexes followed Trump's ban on travellers from 26 European countries entering the United States for a month, imposed in an attempt to contain the spread of the coronavirus (COVID-19). The Dow experienced its worst session since 1987 and the longest bull market ever ended as the S&P 500 officially went into a "bear market", after dropping 20 percent from its peak level.

Global oil prices have recovered by 2 to 3 percent, but are still set to end the week down over 20 percent from last Friday's close due to concerns over market balance after the failed OPEC+ deal last week.

© AFP 2021 / ALEX HALADA
Oil Market to Be Affected Not By Coronavirus, But COVID 19-Linked Regulating Measures, Analyst Says
Brent oil futures slumped by over 30 percent to a four-year low of $31.27 per barrel on 9 March after the OPEC+ alliance, comprised of the Organisation of the Petroleum Exporting Countries and non-cartel members, failed to agree on a new production cut deal last week.

Oil prices collapsed after Russia and the Saudi-led OPEC failed to agree on deeper production cuts to mitigate demand lost to the coronavirus crisis. As a result, restrictions on oil production in the OPEC+ alliance will be lifted beginning 1 April. The Abu Dhabi National Oil Company and Saudi Aramco have already announced plans to increase oil deliveries.