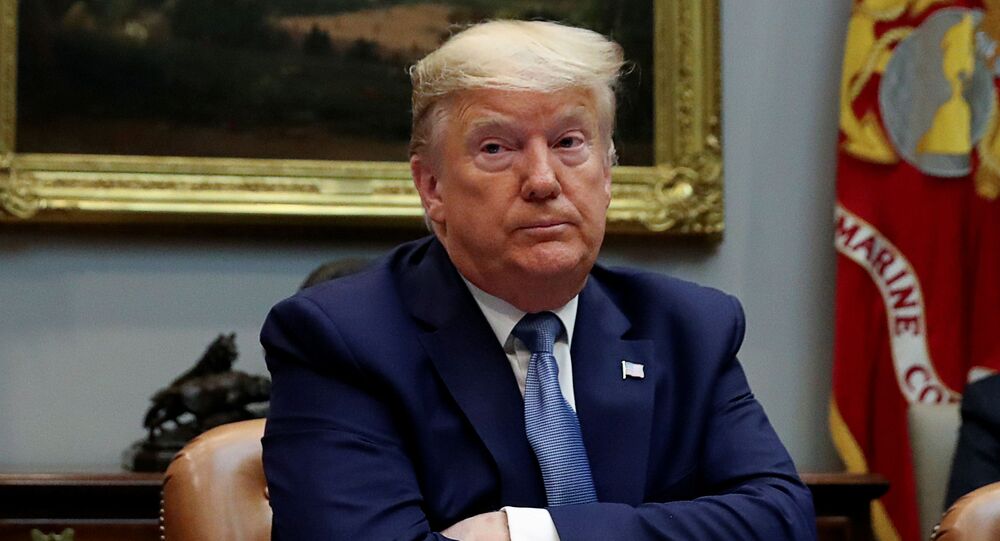 On Wednesday, US President Donald Trump addressed the nation from the Oval Office on the ongoing coronavirus outbreak in the country after the World Health Organisation officially recognised COVID-19 as a global pandemic.

US President Donald Trump’s speech on the spread of the coronavirus pandemic sparked panic and confusion among US diplomats and staff overseas, blindsided by the president’s sudden decision to suspend most travel links from the European Union for 30 days over the virus outbreak, the Daily Beast reported.

Officials spent the early hours of Thursday trying to figure out how their work will be affected by the new measures, according to the Daily Beast.

“It is just total chaos", said a Trump administration official abroad, cited by the website. The diplomat added that he wondered whether he and his staff should return immediately to the US, or if they would be quarantined upon arrival. Staffers also could not glean from Trump's disjointed speech if they would be allowed to visit family in the US in the short term.

According to the report, the Trump administration did not notify US embassies in EU countries about the travel ban. US diplomats in the EU have reportedly been asked by European colleagues for clarification on what exactly Trump is banning, but answers are not forthcoming.

“I’m used to it with this administration that we wouldn’t know anything until the morning after. But now basically a full work day later? That’s surprising even for these times", another official noted, cited by the Daily Beast.

Administration officials inside the White House reportedly scrambled to understand the details of the president's decree. Trump said he decreed the 30-day travel ban in a hurry and without consultation as a means of better countering the deadly outbreak.

“We are wasting time playing mop-up on something we absolutely should not have to do right now", a White House staffer reportedly said. “And it goes without say[ing] that we aren’t allowed to admit that any of it is the fault of the president”.

A Trump appointee, US Secretary of State Mike Pompeo defended the president's decision, suggesting that Trump took “bold action” in response to the pandemic in order to “protect the American people”.

President @realDonaldTrump has taken bold action in response to the #Coronavirus. The steps the President announced in regard to Europe protect the American people — our highest priority — and are part of the most comprehensive effort to confront a virus in modern history.

On Wednesday, Trump suspended travel to and from Europe for many, but not all, travellers, as EU countries including Italy and France have been affected by the virus. The US president suggested that his ban could be extended or shortened.

Trump also said that travel restrictions within the US could be possible.

Earlier on Wednesday, Washington DC declared a state of emergency due to the COVID-19 pandemic through 31 March. There are over 1,600 confirmed coronavirus cases in the United States, including at least 40 deaths.