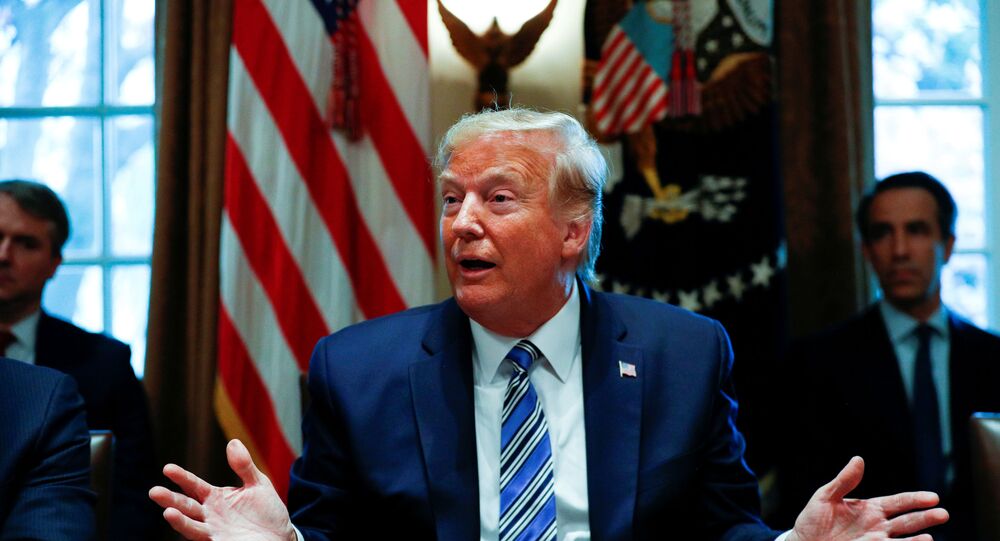 I Have to Move Quickly: Trump Explains Travel Suspension From European States Without Consultations

The European Union has condemned the US president's "unilateral action", arguing that countries instead need to cooperate in their efforts to end the global coronavirus pandemic.

US President Donald Trump has defended his recent decision to cut travel links from the European Union over the coronavirus COVID-19 outbreak, saying that he had no time to discuss it with his European partners as the matter was urgent.

"I could not consult with European officials before implementing the travel ban because we had to move quickly", the US president said.

Trump added that the existing 30-day ban on travel from Europe could either be extended or shortened, depending on the situation. POTUS admitted that the travel restrictions will definitely have a "big impact" on the economy and expressed hope that travel links could be restored "quickly" with both Europe and China, where the outbreak of the virus began.

He also justified exempting the UK from the travel ban restrictions by insisting that the country had done more in terms of containing the spread of the virus than other European nations. At the same time, Trump's decision to exclude Britain from the ban found little understanding with House Speaker Nancy Pelosi, who called the decision "strange" since EU citizens could enter the US via the UK.

UK Has No Plans to Copy US Measures

The British prime minister's spokesman said that the country currently has no plans to replicate the US measures and introduce an entry ban on Schengen Area visitors, since scientists do not see it as an effective measure to significantly curb the spread of the coronavirus disease (COVID-19).

"It is not the current position of the UK, based on medical and scientific advice, that we should halt flights [with Europe]", the spokesman said.

In turn, British Chancellor of the Exchequer Rishi Sunak echoed the statement, adding that the ban, despite the UK’s exemption from it, could still affect the demand and supply side of Britain’s economy.

The COVID-19 outbreak was recently recognised as a "pandemic" by the World Health Organisation after some 125,000 people were confirmed to have contracted the virus and 4,613 people had died from it. The WHO reported that there were a total of 373 people infected and six dead in the UK, while in the US there were 987 infected with 25 fatalities from the disease. At the same time, the agency also said that Italy, an EU country, had registered 10,149 cases of the coronavirus and 631 deaths from it.