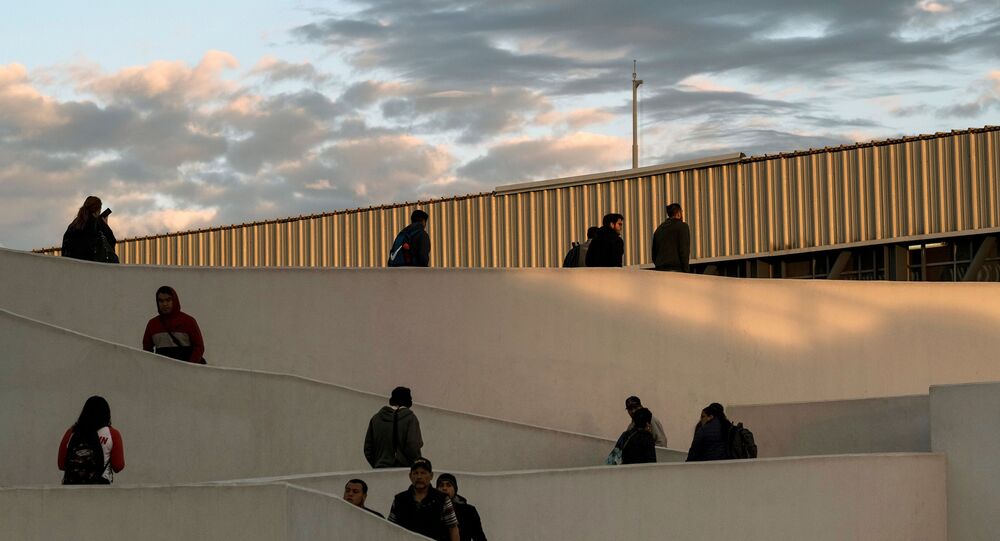 In June 2019, President Donald Trump signed a bill to provide $4.6 billion in humanitarian assistance on the US southwestern border as federal agencies struggle to cope with the influx of illegal aliens.

Matt Albence, acting director of US Immigrations and Customs Enforcement (ICE), told reporters on Wednesday that removing illegal migrants from the country would be a task that may take more than a century to implement.

He said that the surge in unauthorised migration had put 900,000 non-detained cases on ICE’s table over the past few years, bringing the total number to 3.3 million.

Albence noted that “as numbers continue to climb, they will continue to outpace ICE's inabilities to swiftly remove individuals”.

According to him, ICE has already detained 2,500 non-criminal fugitives, or aliens who failed to adhere to an order to leave the US.

“If we do that, based on just the numbers that came in the last two years, it would take us about 140 years to clear up that backlog”, Albence claimed.

He pointed to the fact that his agency only detains about 1.5 percent of illegal immigrants, warning that “without additional resources to actually effectuate a judge’s removal orders, we will have an immigration enforcement and court system in which billions of dollars a year are spent to obtain orders, which are not worth the paper they are written on”.

The ICE chief pointed out that although illegal aliens “have the right to due process”, the overwhelming majority of these individuals “do not have claims which meet asylum”.

“So this is not about asylum, this is about the release. Most of these individuals want to come here because they know regardless if the get a removal order, regardless if they show up to court, if they don’t have a detention bed at the time the removal order is issued, the likelihood of them actually being removed from the country is nill”, Albence argued.

Touching upon alien-related criminal history, he recalled that in 2019, ICE’s Enforcement and Removal officers arrested a total of 143,000 illegal migrants. Some 123,000 of them had been criminally convicted or had pending criminal charges pertaining to homicides, sexual assaults, kidnappings, drug trafficking, and DUIs.

“123,000 accounted for almost half a million crimes. That’s almost four criminal offences for each person we put in custody”, he stressed.

The remarks come after President Donald Trump’s previous calls to tackle the issue of illegal migration as soon as possible. In July 2019, he signed a $4.6 billion aid package to help federal agencies resolve the surge of Central American refugees at the US-Mexico border.

In June, Trump said that the US and Mexico had clinched a deal under which Washington would abandon earlier plans to impose tariffs on Mexican goods in a bid to stop the migrant influx. The deal stipulates that Mexico will deploy its National Guard to its southern border and will work to dismantle human smuggling networks.

The situation around illegal aliens has been tense since the fall of 2018 when caravans of migrants from Central American countries seeking asylum began moving toward the United States through its border with Mexico.