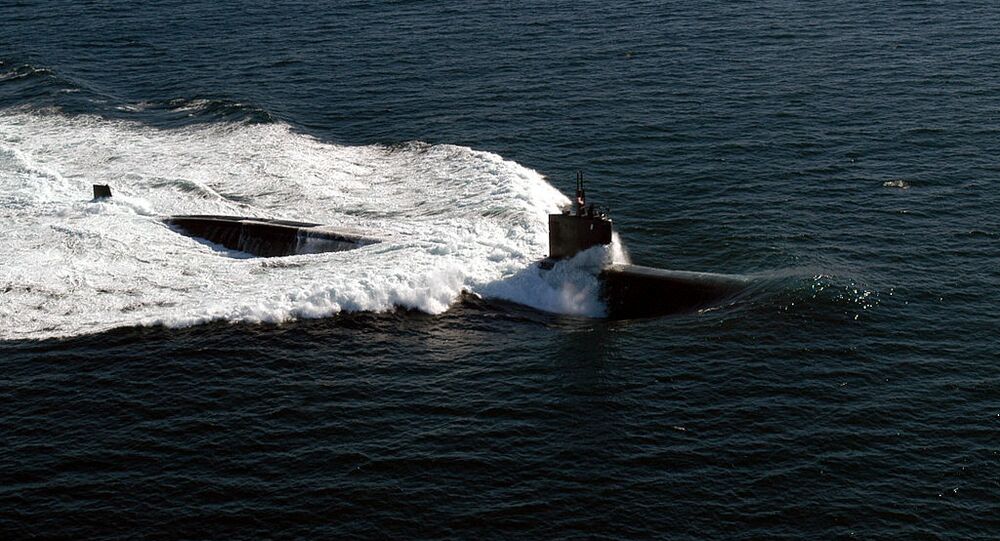 Washington has repeatedly rejected Pyongyang’s claims that the US Navy was behind a secret intelligence gathering mission off North Korea’s eastern coast fourteen years ago.

The mystery surrounding a submarine spy drone captured by North Korea back in August 2006 has been resolved, Forbes contributor H I Sutton claimed in an article on Wednesday, insisting that it was a US submarine which sent the so-called uncrewed underwater vehicle (UUV) to the communist nation’s eastern coast.

The vehicle was reportedly tracked near the North Korean city of Hamhung, with a spokesperson for the US military in South Korea arguing at the time that they had “nothing unaccounted for and there is no way for us to verify that this is a US vessel”.

© Photo : Nicor, US Navy. Annotations by H I Sutton/screenshot
The mystery object is identifiable as a U.S. Navy NMRS (Near-term Mine Reconnaissance System). This would have been launched from a submarine

“Analysis of photos subsequently taken by tourists identify it as a little-known UUV launched by US Navy submarines”, Sutton notes referring to the Near-Term Mine Reconnaissance System (NMRS), which was developed in the late 1990s and aimed at mapping enemy minefields.

The author pointed to the UUV’s torpedo-like body which he claimed means that “it could be launched from the torpedo tubes of a Los Angeles Class sub”.

He suggested that the underwater drone could be controlled by a fibre-optic cable “like some advanced torpedoes” and that to help the vehicle map the sea floor, it was equipped with a Forward Looking Sonar (FLS) and Side Scan Sonar known as AN/AQS-14.

“The sensor arrangement on the nose appears slightly modified from the prototype NMRS but not enough to point to another system. If it’s not NMRS, then it is closely related”, Sutton noted, arguing that “the device was American after all”.

He added that even though it remains unclear how North Korea managed to seize the vehicle, “the suggestion that US Navy submarines had been reconnoitering the North Korean coastline is not far-fetched”.

On the other hand, it seemed that Sutton remained cautious about his conclusions because he drew attention to the Naval Undersea Museum website which asserted that “the NMRS programme was terminated in May 2005 after only the two prototypes had been built”.