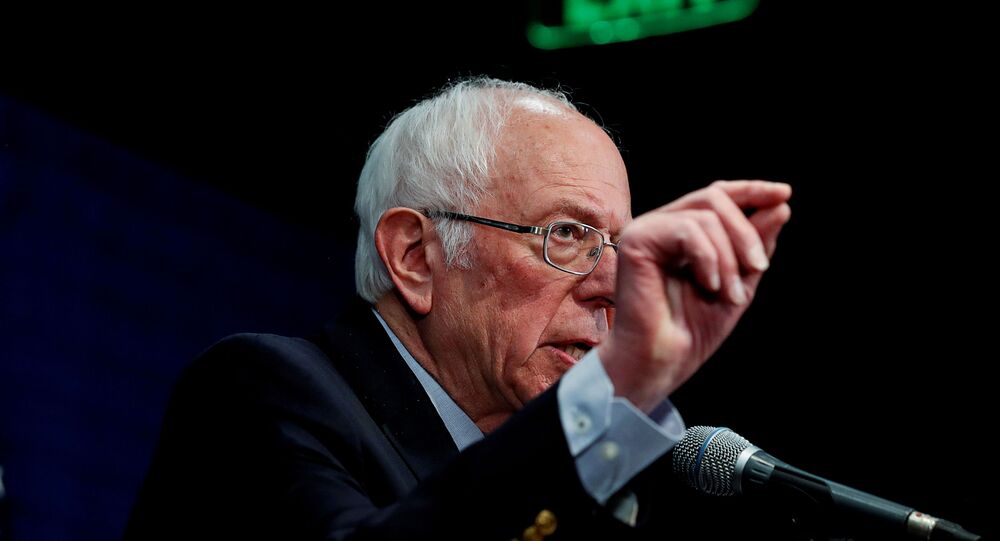 While some social media users praised Sanders’ resolve, others urged him to quit the electoral process, with a number of people comparing the current situation to the 2016 primaries.

US senator and presidential hopeful Bernie Sanders has announced his intent to press on with his election campaign despite sustaining defeats during the primaries in Missouri, Idaho and Mississippi at the hands of his rival for the Democratic Party nomination, Joe Biden.

While Sanders did express his desire to face Biden in the debates on 15 March, and to question the latter about millions of Americans who don't have health insurance, a criminal justice system he said unfairly targets and punishes minorities, and raising the federal minimum wage, Bernie did not provide any details about what his campaign may look like after said debates.

"While our campaign has won the ideological debate, we are losing the debate over electability," he said. "That is what millions of Democrats and independents today believe."

​Many social media users appeared to support Bernie’s resolve, with some of them expressing concerns about Biden, if he gets nominated, being no match for Trump during the presidential election.

Bernie Sanders is in the race and determined to beat Trump. He didn’t quit and you shouldn’t either. We have plenty of delegates left in CA and WA among others. pic.twitter.com/BPXCnKZwdG

Exactly! The battle goes on! #Bernie2020 (Bernie should make Biden explain his policies in detail during the debate… That should prove “interesting”)

Bernie is staying in the race because he is counting on the debate this Sunday with Biden. Sanders wants to take advantage of Biden's cognitive decline. That should be interesting.#BidensCognitiveDecline is real.

​Yet there were also those who appeared to urge Sanders to quit.

A few even compared the current situation to the 2016 primaries.

Double take to 2016. The debate will happen, they will criticize each other on old items from the past. The party will look to be more divided than before. The attacks get worse. Who wins?