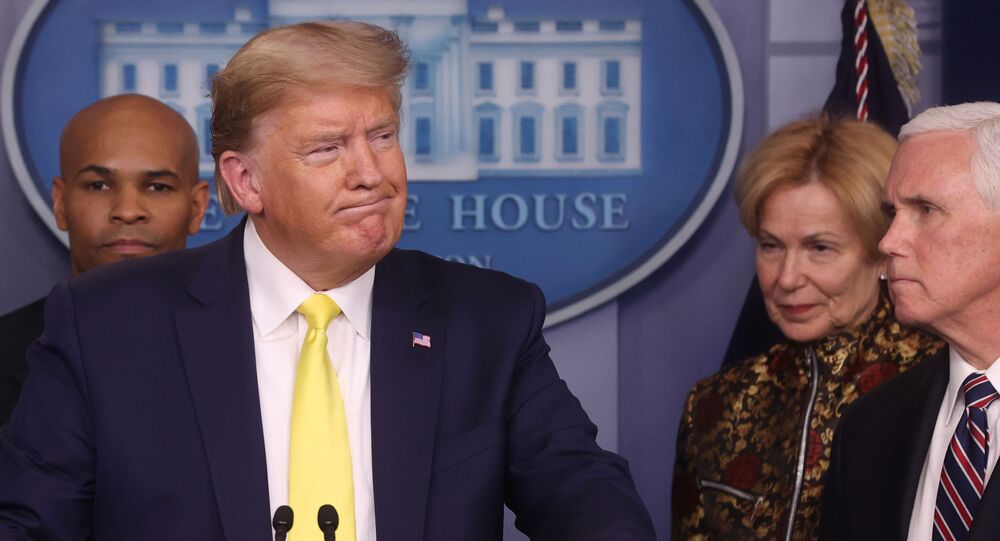 On 29 February, the US and the Taliban* movement signed a long-awaited peace agreement in the Qatari capital of Doha which, among other issues, envisages a timetable for the US to withdraw its 13,000 troops from Afghanistan and sets the beginning of intra-Afghan talks on 10 March, subject to 5,000 Taliban prisoners to be released by that time.

US national security officials are criticizing President Donald Trump for talking on the phone with Taliban leaders mentioned on the Pentagon’s secret “kill or capture” list. Officials considered the president’s deed an “unprecedented breach of protocol”, according to the Daily Beast.

“It’s ground-shaking that the president spoke to individuals on a target list,” a senior Defense Department official said, cited by the Daily Beast. “It was a big give from our side, towards an adversary that traditionally has never held up their side of the bargain in numerous other attempts towards de-escalation and peace. We made a group that lacks absolute operational control over their forces a legitimate player on the world stage”.

Trump reportedly talked to Mullah Abdul Ghani Baradar, a co-founder of the Taliban and the head of its political bureau in Qatar. Trump also spoke with Amir Khan Muttaqi, who was injured in a US airstrike in Afghanistan in 2018. Both Baradar and Muttaqi are reportedly wanted dead or alive by US forces in Afghanistan.

The kill or capture list includes Taliban and al-Qaeda* commanders, financiers, bomb makers, weapon transporters and even public relations representatives, according to the Daily Mail.

Following the signing of the peace deal between Washington and Taliban, Afghan President Ashraf Ghani on Tuesday signed a decree to release Taliban prisoners. The move came as a prelude to meeting the demands of the group before the launch of intra-Afghan talks.

Since 2018, the US government and the Taliban have been attempting to negotiate a peace deal that would ensure the withdrawal of foreign troops from Afghanistan in exchange for the movement's guarantee that the country would not become a safe haven for terrorists.

*Taliban and al-Qaeda are terrorist organizations banned in Russia.