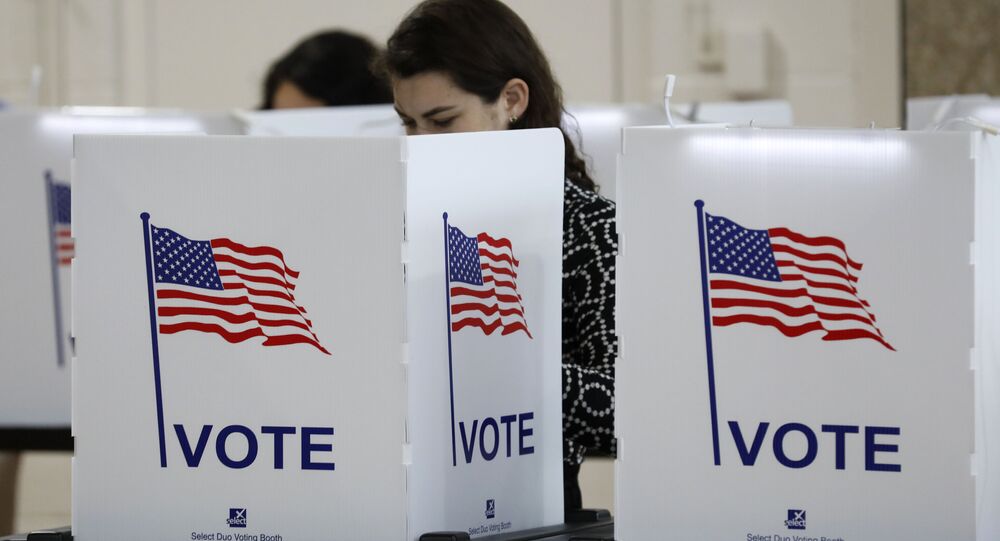 Following the Iowa caucuses and the Super Tuesday contests, the Democratic presidential race is nearing another milestone: a vote in six states where a total of 352 pledged delegates are up for grabs.

The Democratic primaries have largely came down to a face-off between Joe Biden and Bernie Sanders; Tulsi Gabbard, the only other candidate still running, has shown no signs of posing any formidable challenge to the two frontrunners.

All eyes are now on ‘Big Tuesday’, the biggest day of the Democratic primary calendar after Super Tuesday.

“The Michigan vote is an important indicator for Democrats about who Democrats feel more enthusiastic about, because it's very hard to imagine a scenario where the Democrats win the presidential election without winning Michigan,” explains James Melcher, a political scientist at the University of Maine Farmington.

The Great Lake state is the biggest prize on Tuesday. It awards 125 delegates, followed by Washington with 89 delegate votes, Missouri (68), Mississippi (36), Idaho (20) and North Dakota (14).

Both front-runners have spent the recent days campaigning across the state. Bernie Sanders, the initial front-runner who is currently trailing behind Biden, has purposefully ditched Mississippi to focus on Michigan.

There, he empasised his opposition to, and Biden’s support for, the NAFTA free-trade deal, arguing that it has “decimated” Michigan and the Midwest by causing an exodus of automotive jobs to Mexico. Biden, in turn, has cited his record in the Obama administration, speaking in Flint and Detroit – both majority-black cities.

Sanders won a majority of white voters in Michigan in 2016 but did much poorer with black voters; this year has again exposed the Vermont senator’s weak connection with the African-American electorate.

Biden is leading him by about 15 percent in Michigan, according to recent polls. “I expect that Joe Biden is going to win in Michigan,” Melcher says. “He has done particularly well in states with significant African-American populations. That includes Michigan.”

“Sanders has been working very hard to win there. He just got an endorsement from Jesse Jackson, the former presidential candidate who appeared with him at a rally. But the early signs seem to suggest a close Biden victory. But I wouldn't be shocked to see if Sanders won.”

He predicts that the black vote will be the “key” for Sanders, but not in cities with overwhelmingly African-American turnout like Detroit, Flint and Benton Harbor.

“Joe Biden has generally done better than Sanders has in some of those places, particularly in the south[ern states],” Melcher adds. “But Southern voters are more conservative, including African-American voters. And Michigan might be different. The black voters in Michigan may be more likely to vote for Sanders than black voters were in in southern states like South Carolina.”

Michigan “has historically been in recent years a Democratic state,” Melcher says. “It was one of the states Hillary Clinton thought she would win. And when she didn't win there, Pennsylvania and Wisconsin, things began to fall apart. So I think that points to part of why people will be looking so closely at Michigan.”

Donald Trump carried Michigan, Pennsylvania and Wisconsin in 2016 by extremely narrow margins from 0.2 to 0.7 percentage points; the outcome of that election was effectively decided by less than 80,000 voters in those three states, so whoever wins the Democratic primary is likely to focus heavily on them ahead of the November general election.