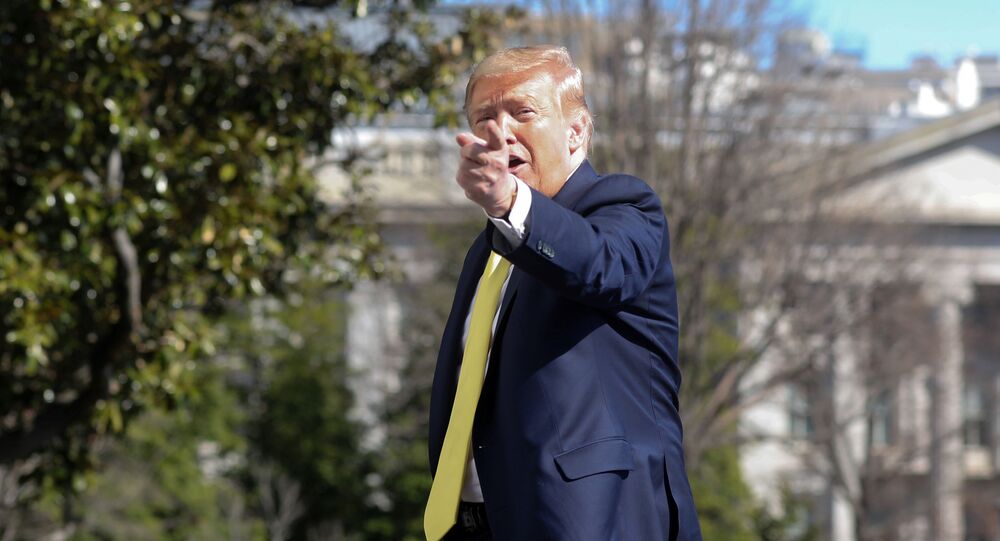 The dispute between the Trump reelection campaign and Twitter kicked off last weekend after the US president's communications director, Dan Scavino, posted a heavily-edited video of former US Vice President Joe Biden, in which the Democratic candidate appears to endorse Trump.

“The Biden campaign is scared as hell that voters will see the flood of unedited and embarrassing verbal stumbles that will continue go [sic] viral if ‘Status Quo Joe’ is the nominee [...] Twitter shouldn’t be an enforcement arm of Joe Biden’s campaign strategy, but if they choose to police every video clip they must hold his own campaign to the same standard”, a Trump campaign rapid response director, Andrew Clark, said, cited by Fox News.

Scavino's clip, which Trump retweeted, did not doctor Biden's words, but cut off before the conclusion of a sentence at a rally in St. Louis.

"Still, it appears that many people employed by Big Tech corporations in Silicon Valley are assisting the Biden campaign by instituting a special ‘Biden protection rule’ that effectively censors and silences legitimate political speech Biden’s campaign and its supporters do not like", Glassner asserted.

Glassner noted that the Biden campaign posted a controversial video on 3 March that contained what he claimed were out of context clips of a Trump speech.

Glassner stressed that he was "formally requesting that Twitter apply its new 'manipulated media' label to a doctored and deceptively edited video tweeted by the Biden campaign less than a week ago", according to Fox News.

The controversial footage posted by the Biden campaign contains two clips "spliced together to fabricate a quote and give viewers the false impression that he called the coronavirus a 'hoax,'" a claim that the non-partisan International Fact-Checking Network has previously debunked. The US president in fact called the Democrats' response to the White House handling of the Wuhan coronavirus threat "their new hoax".

© AP Photo / Rogelio V. Solis
Watch: A Proud ‘Obiden Bama Democrat’ Joe Biden Says ‘We Can Only Re-Elect Trump’
Biden is currently looking to build on momentum gained last week as he heads into another round of Democratic primaries in six states with 356 delegates at stake. On Tuesday, voters will head to the polls in the states of Michigan, Mississippi, Missouri, North Dakota, Idaho and Washington.

After the Tuesday primaries, the last two critical days of primary dates remaining will be on 17 May and 28 April, with many more delegates at stake. A Democratic convention will be held in July but with few delegates up for grabs.

Trump is cruising through the Republican primaries as he has no challenger from within his own adopted political party.