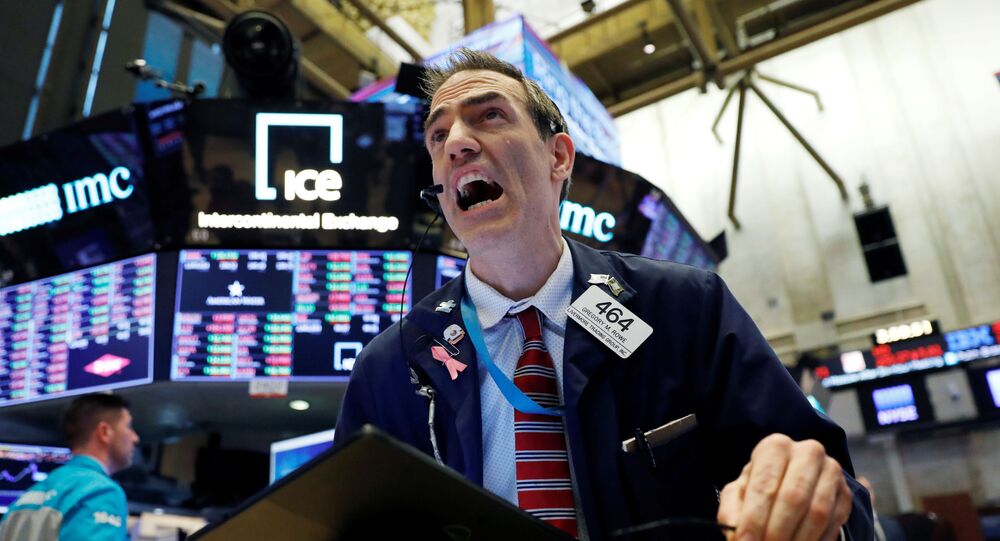 WASHINGTON (Sputnik) - The United States will withstand attempts by "state actors" to manipulate oil markets, Energy Department spokeswoman Shaylyn Hynes said in a statement. Earlier, US crude prices suffered a 25 percent drop on fears of a glut sparked by a battle for market share between major oil producers Saudi Arabia and Russia.

"The Trump Administration is closely monitoring…. the fallout from last week’s OPEC+ meeting on global oil markets. These attempts by state actors to manipulate and shock oil markets reinforce the importance of the role of the United States as a reliable energy supplier to partners and allies around the world", Energy Department spokeswoman Shaylyn Hynes said Monday.

"The United States, as the world’s largest producer of oil and gas, can and will withstand this volatility", Hynes added.

Oil prices had their biggest one-day drop on Monday in three decades with US crude losing 25 percent after global oil producers failed to agree on deeper production cuts to offset weak demand caused by the coronavirus.

Fears that the virus' spread could lead to a global recession also led to a stampede by investors fleeing from risk, worsening the selloff in oil.

US crude earlier fell to $27.34, its lowest since February 2016. Year-to-date, it is down about 50 percent, just slightly behind the 53 percent it lost for all 2008, the year that spawned the Great Recession.

Oil prices collapsed after Russia and the Saudi-led OPEC, or Organization of the Petroleum Exporting Countries, failed to agree on deeper production cuts to mitigate demand lost to the coronavirus crisis.