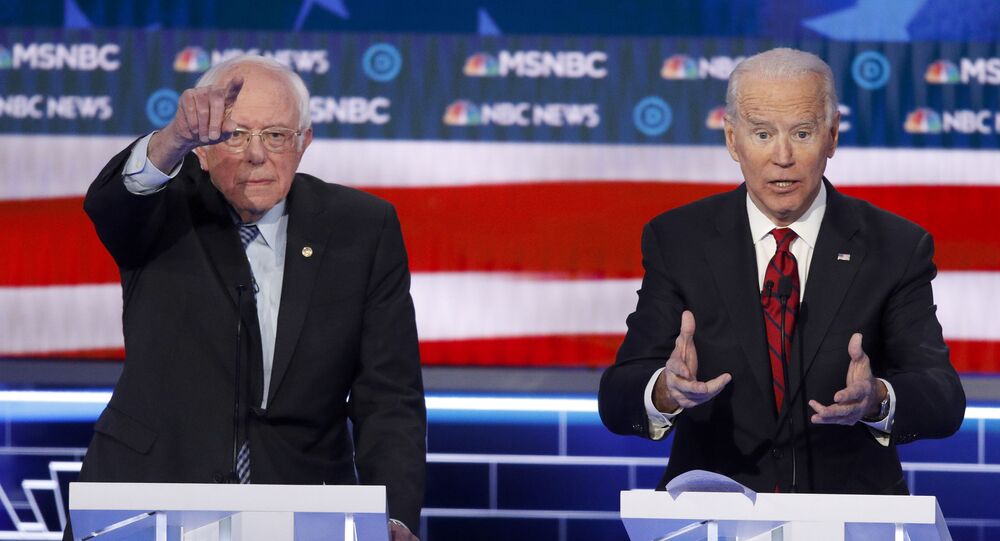 WASHINGTON (Sputnik) – The findings indicate that Biden is now the favourite candidate of Democrats nationwide, the report said.

The poll found 52 percent of registered voters who are Democrats or Democratic-leaning independents said they want to see Biden win the nomination, while 36 percent said they'd rather see Sanders win, CNN reported.

Biden's successful Super Tuesday showing also appears to have led to a rebound in his favorability rating, with 48 percent now holding a positive view of the former vice president, up from 39 percent in December, the report said.

Sanders' unfavorability rating of 52 percent rose from 44 percent in December, the report added.

About two-thirds of Democratic voters say they prefer a candidate with a strong chance of beating Donald Trump (65 percent), the largest share to say so in CNN polling in the last year, while 29 percent say they prefer one who agrees with them on major issues, according to the poll.

Biden won 10 of 14 states during the 3 March Super Tuesday primary. Both candidates have since shifted their focus to tomorrow’s delegate-rich primary in the state of Michigan, with Sanders hoping to repeat his upset victory over Hillary Clinton in Michigan during the 2016 campaign.