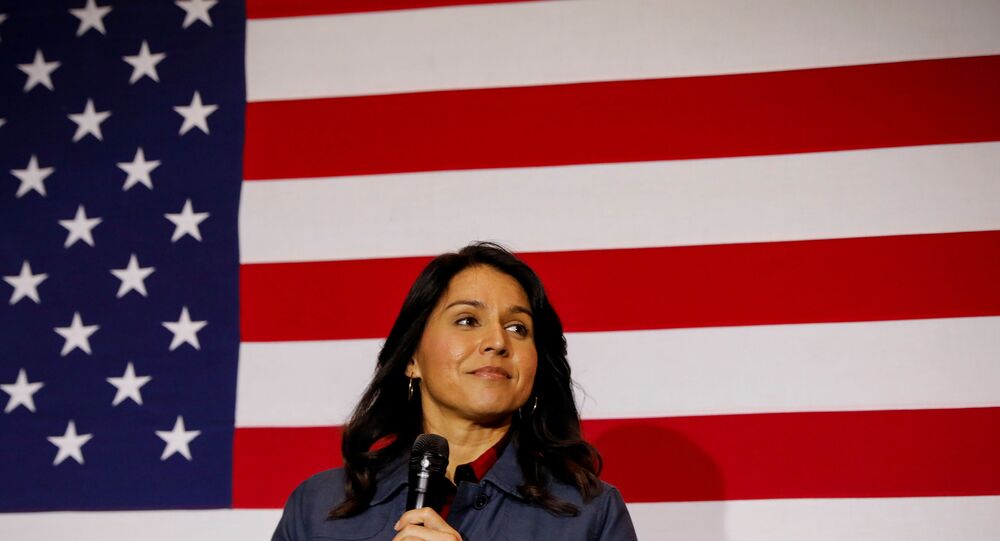 The Democratic National Committee (DNC) earlier said a minimum of 20 percent of the delegates is required to participate in the coming Democratic debate in Phoenix, Arizona, which keeps Rep. Tulsi Gabbard (D-Hawaii) off the stage.

Rep. Tusi Gabbard (D-Hawaii) has turned to Joe Biden and Bernie Sanders to help her get her on the debate stage in Phoenix, Arizona, after a new standard was introduced by the DNC.

In a Twitter post on Saturday, Gabbard insists the rules had been changed intentionally with the aim of not letting her participate in the debates.

Gabbard earlier refused to end her candidacy for the Democratic nomination.

After Elizabeth Warren dropped out of the race on 5 March, there are now only three remaining candidates running for the Democratic nomination.