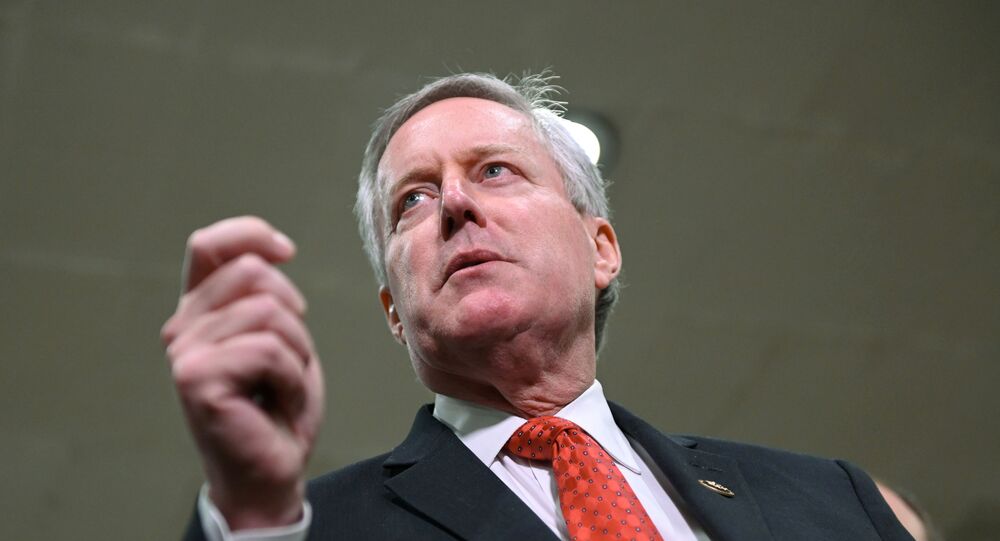 ....I want to thank Acting Chief Mick Mulvaney for having served the Administration so well. He will become the United States Special Envoy for Northern Ireland. Thank you!

​Meadows had announced in December that he would not seek re-election to Congress but said his work for the president and his administration was "only beginning". He had also been extremely supportive of Trump since House Democrats launched an impeachment inquiry into the president and throughout the impeachment proceedings.

In 2018, Meadows was considered for the position of White House chief of staff. Media outlets earlier reported that he has been in lengthy talks with the president about taking on a high-profile role supporting Trump's re-election campaign.

Mick Mulvaney has been acting White House chief of staff since December 2018, but criticised Trump before the latter was elected to office in 2016.

During his tenure in the White House, Mulvaney also came under fire when in October 2019, he said the temporary hold on Ukraine military aid was related to a demand for an investigation into the 2016 US election. Mulvaney then walked back his previous comments saying there had been no quid pro quo.

Later that month, it was reported that the then-White House chief only learned about the US elimination of the leader of Daesh* when it was already underway, sparking rumours that Mulvaney could soon be driven out of office.

Mulvaney was never given the formal title of assistant to the president and chief of staff after John Kelly's departure in January 2019, filling the role only in an "acting" capacity, fuelling more speculations about his possible removal from office.