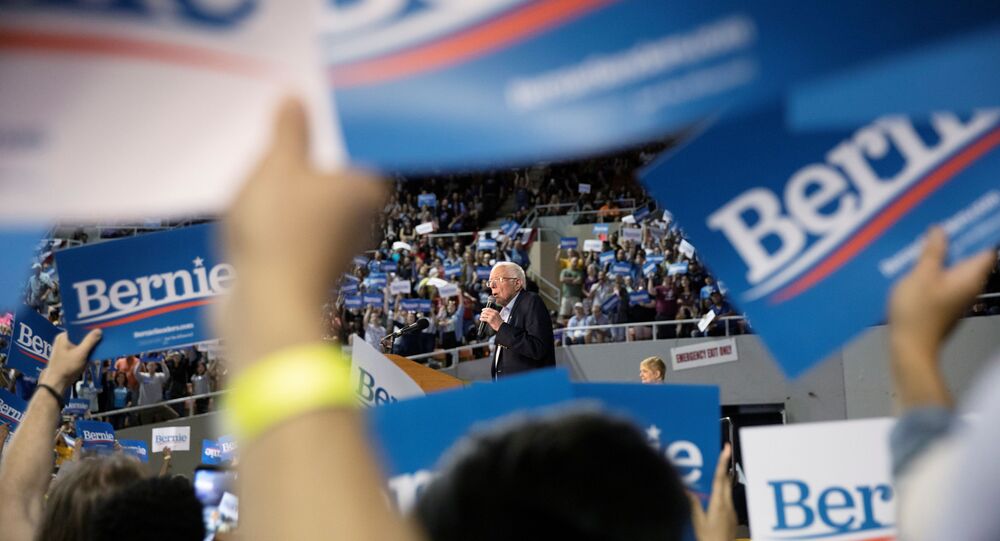 Democratic presidential hopeful Senator Bernie Sanders came to Phoenix for a campaign rally at the Veterans Memorial Coliseum on 5 March.

A protester held up a red Nazi flag during Bernie Sanders’ speech at his campaign rally in Phoenix.

As the Democratic presidential hopeful was speaking from the podium in the arena, a man unfurled a red flag with a black swastika imposed on a white dot in the middle. Soon afterward, Sanders' supporters noticed the flag and snatched it away before the man was kicked out of the rally by local police.

Sanders, who is Jewish, reportedly didn't see the flag, according to the Daily Mail.

Photos and videos of the moment have been posted on social media platforms.

A white supremacist rasied the Nazi flag at Bernie Rally

You don't have to support him to show him some empathy & solidarity against this hatepic.twitter.com/k10qWved6p

​So far, Sanders has won in his home state of Vermont as well as California, Colorado, and Utah.

According to estimates, Sanders now has 551 delegates while former Vice President Joe Biden has 627. A candidate must secure 1,991 delegates to win the party nomination or else there could be what is called a "brokered" convention in July.