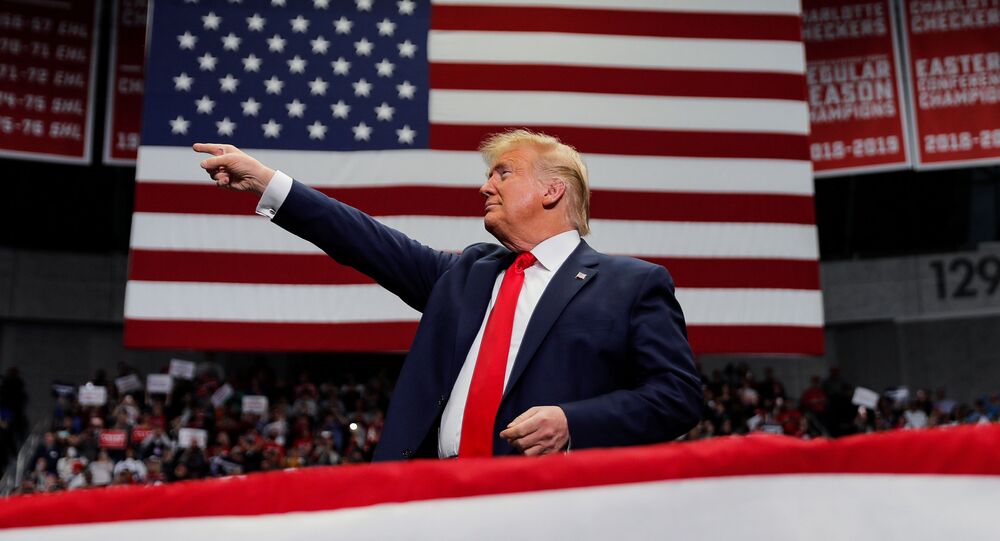 Since Elizabeth Warren ended her presidential campaign on 5 March, the Democratic contest to take on President Trump in November is now a two-horse race between Vermont Senator Bernie Sanders and former Vice President Joe Biden, who after a surprising Super Tuesday showing has a better chance of securing the nomination, according to pundits.

US President Donald Trump said he was mentally prepared to do battle with Bernie Sanders in the November presidential election and noted it would be difficult for Sanders to make a comeback against Joe Biden.

"I was all set for Bernie because I thought it was gonna happen. You know, we get ready for things, right? So mentally, I'm all set for Bernie ... Communist, I had everything down. And now all of a sudden I have a whole different deal", Trump said during a Fox New Q&A session with members of the public where he was asked which of the two candidates he wanted to face.

Trump attributed Sanders’ loss in Texas to Massachusetts Senator Elizabeth Warren and said the competition was close. Trump noted that it would be "tougher" for him to face Sanders as the Vermont senator, known for his controversial economic ideas, has got a solid base. “He's got a base. It's a much smaller base than my base. I think a lot of my people are here because I did nothing to do that. But we have a lot of support in Pennsylvania. I think we have a lot of support if you look at the rallies", said Trump.

Despite Biden being regarded as the early frontrunner in the Democratic contest, his presidential campaign was unsuccessful at the beginning with the former VP trailing behind newcomer Pete Buttigieg. However, after his big victory in South Carolina and surprise triumph on Super Tuesday. He now leads the contest with 627 delegates to Sanders' 551 delegates.