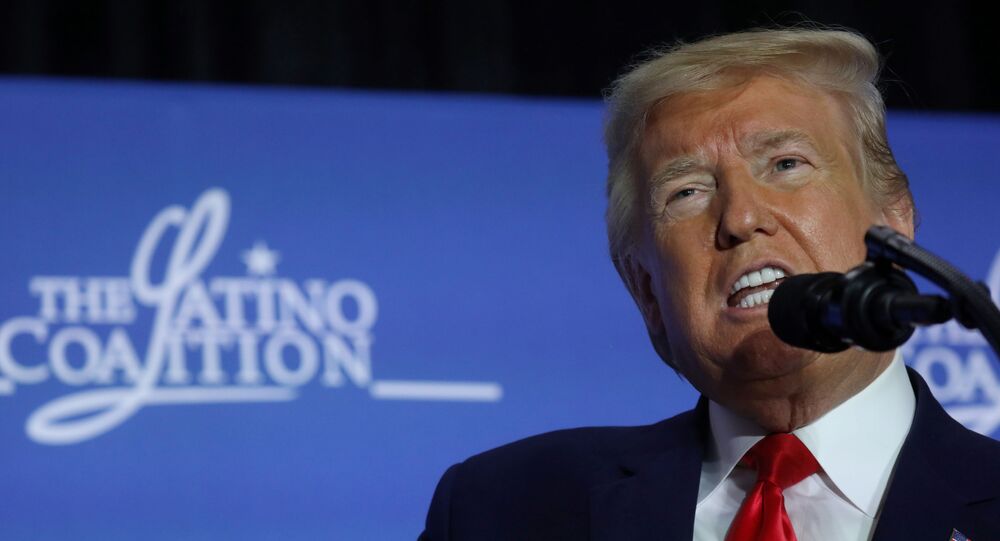 WASHINGTON (Sputnik) - US President Donald Trump said on Thursday that he will propose a trilateral arms control initiative with Russia and China to help to avoid a costly arms race.

"I will be proposing a bold new trilateral arms control initiative with Russia and China to help avoid and expensive arms race and instead work together to build a better, safer and more prosperous future for all", Trump said in a statement on the occasion of the fiftieth anniversary of the Treaty on the Non-Proliferation of Nuclear Weapons.

In the statement, Trump accused China of seeking to double its nuclear stockpile over the next decade and criticized Russia for developing "expensive and destabilizing new types of delivery systems".

Earlier on Thursday, US Assistant Secretary of State for International Security and Nonproliferation Christopher Ford said that the United States has effectively started discussing the future of nuclear arms control with Russia and extended an invitation to China to join the dialogue, but is yet to receive an answer from Beijing.

In 2019, the Trump administration scrapped the Intermediate-Range Nuclear Forces Treaty, a key arms control agreement signed in 1987 and aimed primarily at reducing the risk of nuclear war in Europe.

The treaty is due to expire in February 2021 but the two parties to the accord can renew it for another five years. The Trump administration has said it has a sufficient amount of time to determine whether it would extend the treaty or let it expire in February. President Donald Trump has also repeatedly indicated he would let it come to an end unless a new deal was signed to include other nations, mainly China.