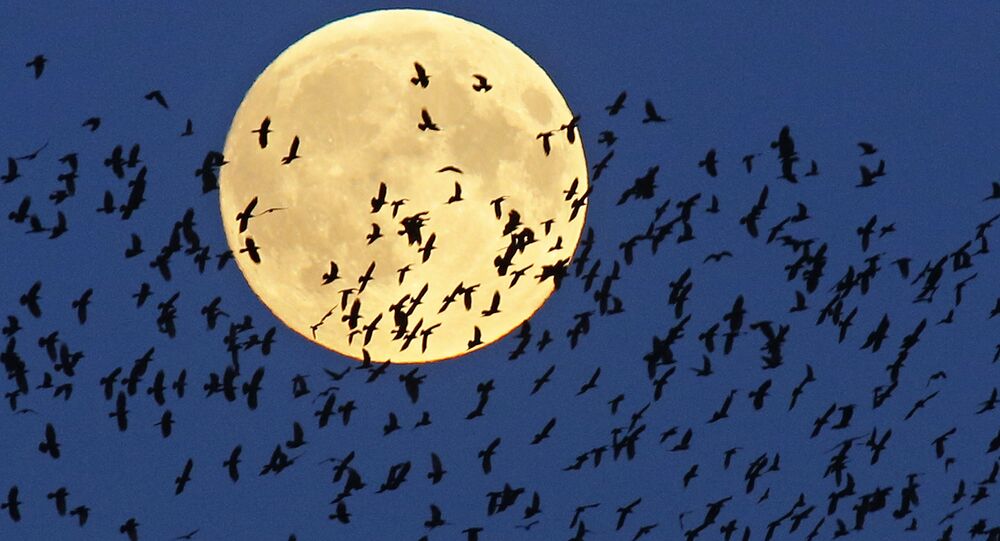 Video: US Town Perplexed Over Abrupt Deaths Over 1,000 Birds

Residents near the southeast Missouri town of Sikeston are searching for answers after it was reported that more than 1,000 birds had been found dead and dozens of other fowls found injured earlier this week.

Scott County Conservation Agent Andrew Mothershead announced in a Monday release to the city of Sikeston that the Missouri Department of Conservation was in the process of investigating new reports regarding the carcasses of red-winged blackbirds, brown-headed cowbirds, grackles and European starlings near the town.

“I estimated there to be over 1,000 deceased birds in the area. Reports of dead and dying birds began between 8:00-9:00 p.m. the previous evening, around the time a thunderstorm moved through the area,” he said in the March 2 announcement. He went on to note that the area surrounding Sikeston had experienced a mixture of high winds, hail and lightning on Sunday.

YouTuber Jonathan Douglass captured video footage of several dead and injured birds sprawled across a road on March 1, the night of the storm.

Mothershead said that based off the birds’ roosting habits, weather conditions and the injuries observed in the deceased fowls, he and his colleague Kevin Brunke, a natural history biologist for the department, believe the birds got “spooked” by the storm and “were caught up in high winds or lighting.”

Facebook user Kim Burton said that she also believes the birds were “spooked and scared by the loud and bright lightning strikes.”

“I picked up two Black Birds in a yard yesterday and put them in the trash for pick up today,” Burton said in the comment section under the city’s social media post. “The the birds I found didn't look like they had any injuries more like heart attacks.”

Earlier this month, dozens of starlings mysteriously fell dead in Catalonia, Spain. Sputnik reported that some individuals believed that the deaths of the birds could be attributed to a recent explosion at a petrochemical factory in the city of Tarragona.

In December 2019, hundreds of starlings were found dead in Anglesey, Wales, and, according to an investigation by the UK Animal and Plant Health Agency, the fowls died from "trauma and internal bleeding.” It remains unclear exactly what made them fall out of the sky, but the North Wales Police's Rural Crime unit tweeted in January that the birds could have been traveling in a murmuration while attempting to flee from a predator.

“It's highly likely the murmuration took avoiding action whilst airborne, from possibly a bird of prey with the rear of the group not pulling up in time and striking the ground,” the unit said.