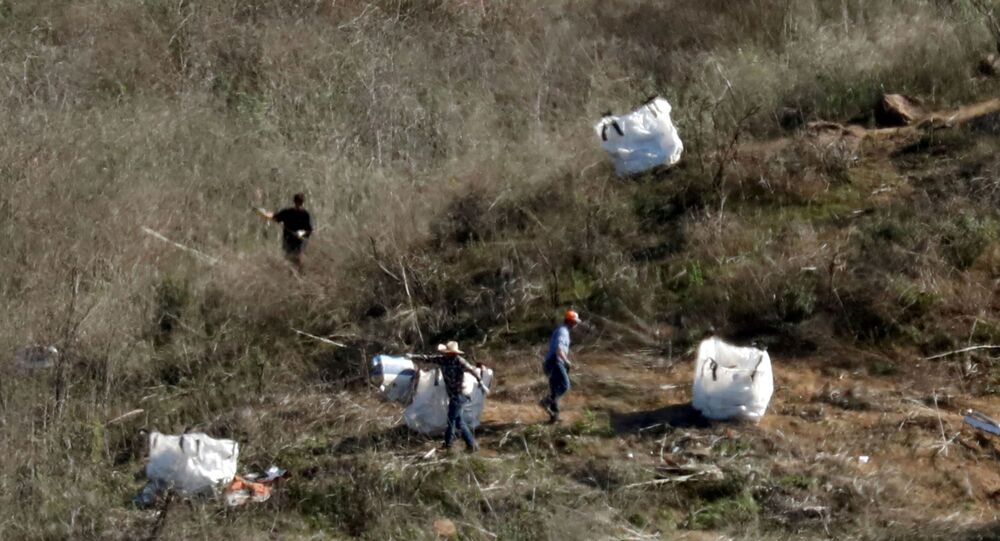 An internal investigation into eight deputies has been launched by the Los Angeles County Sheriff’s Office in California after it was reported that the individuals had unlawfully obtained pictures from the site of the helicopter crash which killed NBA legend Kobe Bryant, his 13-year-old daughter Gianna and seven others in January.

LA County Sheriff Alex Villaneuva spoke with Fox 11 on Monday and said that he was “horrified” when he learned about the reports of his deputies taking graphic photographs of the crash site in Calabasas, California.

"I just felt betrayed by my own deputies, 'cause it's such a hard thing to do as a first responder, go to a scene of such a horrific accident, talking to the families, three families that were there at the Lost Hills station, personally, and their concerns about privacy, and how we could make the day better for them if any way possible,” he said. “And to have this happen, it was heartbreaking."

The eight deputies facing investigation include five full-time employees and three reservists with the department. TMZ reported that a law enforcement source said one of the deputies - described as a trainee - was outed for his possession of the unauthorized images after “he tried to impress a girl by showing her the photos” at a bar. It’s alleged that a bartender overheard the trainee’s conversation and filed an online complaint with the LA County Sheriff’s Office.

According to Villanueva, only National Transportation Safety Board personnel and those with Los Angeles County Department of Medical Examiner-Coroner were authorized to take photographs at the site.

Citing sources in public safety, the LA Times reported late last month that the deputies were “quietly ordered” to delete the images by the LA County Sheriff’s Office as a way to keep the matter "under wraps.”

On Sunday, Bryant’s wife Vanessa Bryant released a statement authored by her attorney Gary Robb which expressed her devastation at the allegations related to the photographs.

“Mrs. Bryant personally went to the Sheriff’s office on January 26th and requested that the area be designated a no-fly zone and protected from photographers. This was of critical importance to her as she desired to protect the dignity of all the victims, and their families,” Robb’s statement on behalf of the widow read.

“Mrs. Bryant is grateful to the individual who filed an online complaint exposing these acts of injustice, and for the choice to protect human dignity,” read the statement.