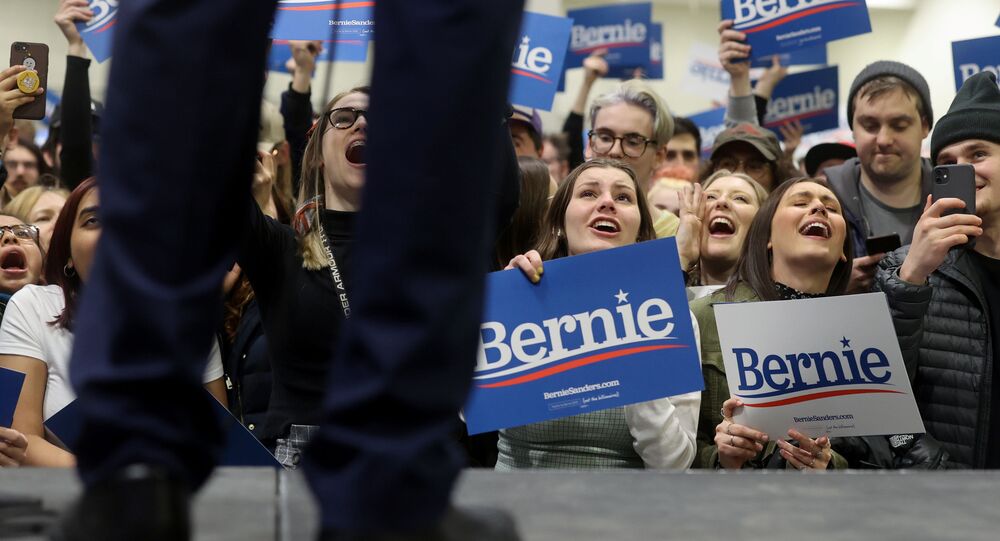 Run, Bernie, Run: This Clip of Sanders Sprinting for a Train Will Make You Wanna Work Out

The Democratic presidential race is about to enter its key phase – the Super Tuesday primaries, where more than a third of pledged delegates are at stake. The front-runner Sanders is facing off the establishment favourite Joe Biden and the fellow progressive senator Elizabeth Warren as the main rivals.

Bernie Sanders might be well into his seventies, but he still wants to let it be known that he is still in good shape.

The Vermont independent has tweeted a video of himself running to catch a train that shows that he’s pretty energetic for an elderly gentleman.

The video was actually filmed four years ago, and Sanders’s physical state has since come under strong scrutiny following his heart attack this fall.

However, the spry 78-year-old has released three letters from doctors saying that he is “more than fit enough” to run for president – let alone a train.

Sanders tweeted the video to encourage his voters to show up at the 3 March primaries, along with a list of addresses of polling stations.

To secure the nomination, a candidate needs the support of 1,991 pledged delegates. Those delegates are distributed proportionally among states and must vote at the July party convention in Milwaukee in a way that represents the results of the respective state contests.

Sanders, a self-avowed social democrat who is calling out what he views as political establishment and corporate elites, has the progressive vote split with Warren but is leading in most Super Tuesday states.

If no candidate gets the majority of pledged delegates by the Milwaukee convention, all delegates will become unpledged on the second ballot. This is when the Democratic establishment, represented by so-called ‘superdelegates’, will enter the fray. It seems that the latter will be more likely to throw their support to anyone other than Sanders, and theories have also been floating around over whether a new candidate like Hillary Clinton could enter the race at that point and block Sanders from getting nominated.