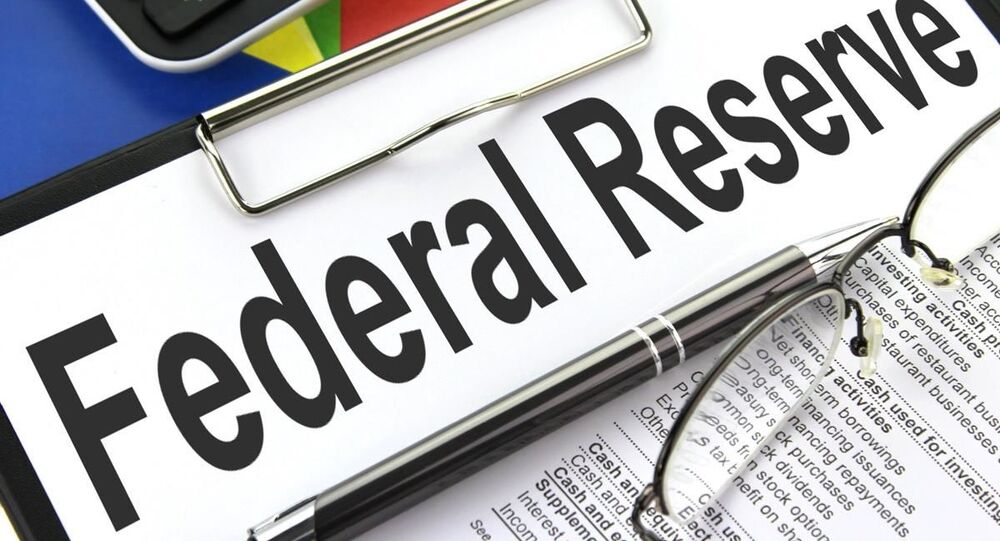 Last year, Donald Trump stated that he would not prevent Jerome Powell from leaving the post of chairman of the US Federal Reserve if the latter wanted to resign, in an apparent sign of POTUS’ frustration over the Fed’s reluctance to dramatically slash interest rates.

US President Donald Trump has again blamed the Federal Reserve for failing to slash interest rates significantly, which he said rides roughshod over the country’s economic interests.

“Our Federal Reserve has us paying higher rates than many others, when we should be paying less. Tough on our exporters and puts the USA at a competitive disadvantage. Must be the other way around. Should ease and cut rate big”, he tweeted on Tuesday.

....paying higher rates than many others, when we should be paying less. Tough on our exporters and puts the USA at a competitive disadvantage. Must be the other way around. Should ease and cut rate big. Jerome Powell led Federal Reserve has called it wrong from day one. Sad!

Trump has repeatedly slammed the Federal Reserve for refusing to heed his demands to make dramatic cuts to the interest rate.

In November 2019, he claimed that he had rescued the US economy by delivering significant growth despite the Fed increasing the interest rate and engaging in quantitative easing.

“I did this despite a near-record number of rate increases and quantitative tightening by the Federal Reserve since I won the election”, Trump said during an address at the New York Economic Club.

This came after he took to Twitter in September with another call to the Fed to cut the interest rates while substantially lengthening the term, berating the agency for failing to “allow us to do what other countries are already doing”.

....The USA should always be paying the the lowest rate. No Inflation! It is only the naïveté of Jay Powell and the Federal Reserve that doesn’t allow us to do what other countries are already doing. A once in a lifetime opportunity that we are missing because of “Boneheads.”

The remarks followed Trump tweeting in August that he was not sure, who is the “bigger enemy” of the United States: Federal Reserve's chairman Jerome Powell or Chinese President Xi Jinping. POTUS also pointed the finger at the Fed for being "weak" and doing nothing for developing the US economy.

In late July, Trump accused Powell of "letting the market down" amid the US's economic spat with China, the EU and other countries around the world by refusing to announce a new "lengthy and aggressive" rate-cutting policy.

Prior to that, the US President said he believed he had the authority to fire Powell, despite the fact that the Fed is formally a separate entity from the government, and that Powell's terms as chairman don't expire until 2022.

Federal Reserve Reduces US Interest Rate to 2%-2.25% Range for the First Time in Decade