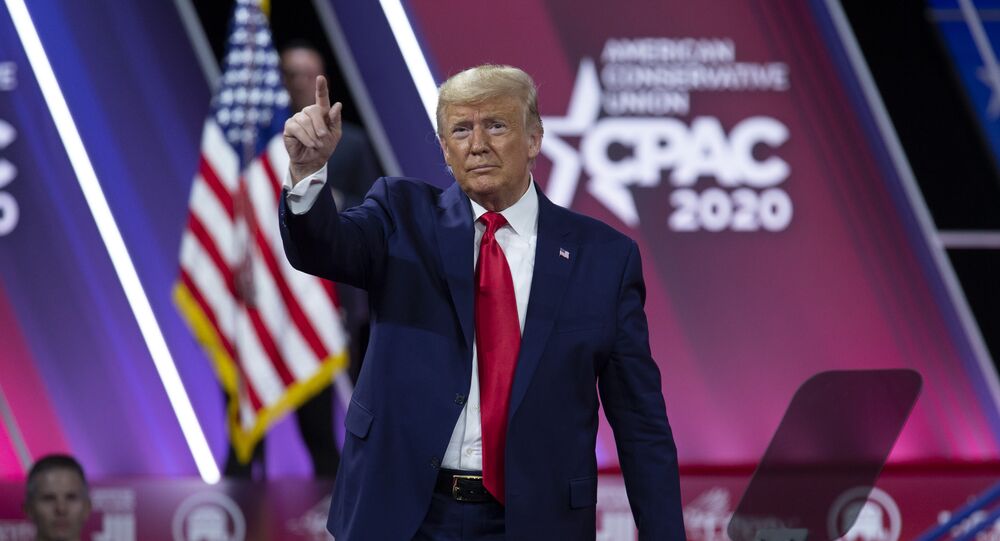 There have been two reported deaths from coronavirus in the United States, both in Washington State, and five other cases of infection. The Trump administration has tightened travel restrictions and is considering closing its southern border to curb the spread of the disease.

Steve Bannon, an architect of Donald Trump’s 2016 victory, has compared the US President to Winston Churchill as he is leading the nation’s effort to tackle the coronavirus outbreak.

“He’s got to bring the country together… He’s got to confront not just the virus, but the economic contagion that’s coming out of China… He does that, you don’t need to worry about 2020.”

The outbreak of the new strain of pneumonia-like coronavirus, known as COVID-2019, started in China in December and has since spread to over 50 countries. Almost 90,000 people have been infected with the disease and the global death toll surpassed 3,000, with most cases reported in mainland China.

Two deaths were recorded in the US over the weekend in Washington State, which declared a public health emergency, and five more people tested positive. The Trump administration has restricted travel from China and some of the worst-hit regions including Italy, Iran and South Korea. The authorities are also considering shutting the Mexico border.

There are currently no vaccines against the coronavirus, but the race against the clock to develop one started in January, after China released the genetic data of the virus. The disease is thought to be genetically closely related to the 2003 SARS virus.

Animal testing on a potential vaccine started in China and the United States last month, while human trials are expected to begin in both countries by the end of April.

The viral outbreak has sent investors into panic mode, prompting a massive stock market sell-off and leading to the worst week for global markets since the 2008 financial crisis.

Bannon has also commented on the ongoing presidential race, where the self-styled social democrat Bernie Sanders emerged as the most likely candidate to stand up to Donald Trump.

Bannon described the Democratic race as the “Bernie vs the anti-Bernie movement” and predicted that the Democratic Party establishment will go to considerable lengths to block him from being nominated.

Under current rules, if no candidate wins a majority of the votes in the first round of the national convention, a brokered convention takes place. Unlike the first round, where pledged delegates must vote in a way that represents the results of state contests, a second-ballot vote no longer requires them to stick to those results.

Unpledged party leaders and officials – the so-called superdelegates – will also be able to vote in the second round. Sanders supporters have voiced concerns that unpledged delegates will overwhelmingly favour a more moderate candidate, like they did in the Clinton vs Sanders contest in 2016. Sanders is the only running Democrat who believes that the candidate who wins the most pledged delegates should be nominated at the party convention in July.

Bannon suggested that the Democrats may try to replace Sanders with a candidate they view as a better rival to Donald Trump in the general election, whether it be Hillary Clinton or even Michelle Obama.

“They are going to try to steal the nomination from Bernie again,” he said of the Democratic Party establishment. “That’s why I think many Bernie supporters will come to President Trump at the end of the day.”