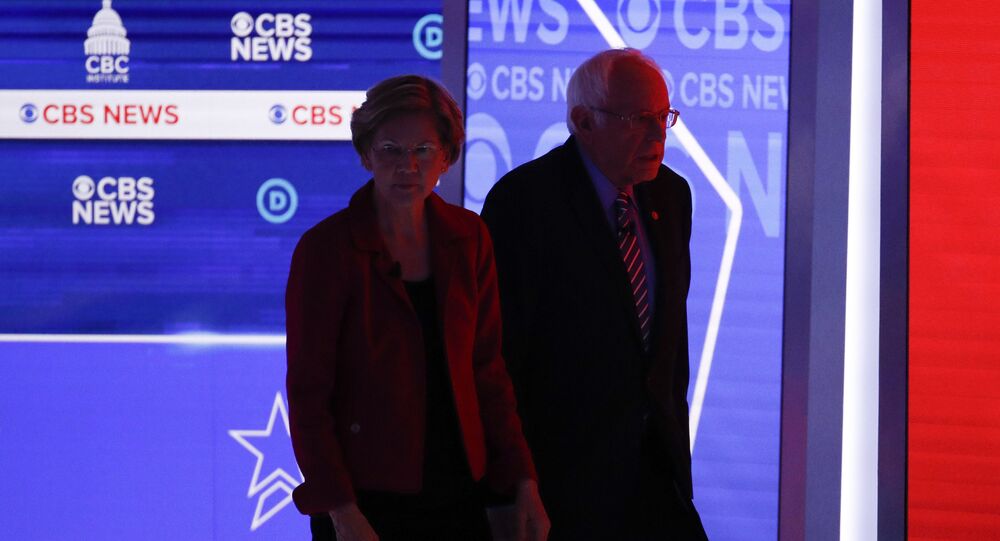 A Whole Country for Old Men: The Wrinkly Democratic Race is Getting Wrinklier

In the Soviet Union’s declining years, there was a half-deferential, half-derisive moniker for the feeble leaders in their 70s who preceded Gorbachev: the ‘Kremlin elders’. Thirty-something years later, the United States looks set to elect its own ‘White House elder’.

A president’s age has rarely, if ever, been a subject of debate in the United States. Let’s put aside Ronald Raegan, who apparently showed early signs of Alzheimer’s while still in office (he wasn’t diagnosed with it until after retiring).

The 2020 election will likely set a record for the oldest American president to take office. That record currently belongs to Reagan, who was re-elected in 1984 at the age of 73. What often goes unmentioned is that Donald Trump was the second-oldest president at the time of his swearing-in, and he has a chance to break that record this year.

The situation with the Democratic Party line-up is pretty much similar after Pete Buttigieg’s withdrawal from the race abruptly raised the average age of the field. The remaining candidates – Bernie Sanders (78), Mike Bloomberg (78), Joe Biden (77), Elizabeth Warren (70), Amy Klobuchar (59), and Tulsi Gabbard (38) – have an average age of 66.6.

Sanders, Bloomberg and Biden would each become the oldest US president on Inauguration Day. Their victory would also mark the first time in American history a president had to reach the age of 80 to complete their first term. Warren would break the record during a second term.

Like many other Western countries, the United States is turning into a gerontocracy as life expectancies rise. Today, congressional representatives are 20 years older than their voters. An average Representative is 57 years old and an average Senator is 61.

Unlike gender or place of birth, the question of age is not typically discussed ahead of presidential elections; however, it gradually entered the public debate this past fall after Bernie Sanders, the oldest candidate still in the game, had a heart attack.

Sanders has released letters from three doctors attesting to his good health, but they did not erase the questions about his physical state completely. Meanwhile, critics were quick to pounce on Biden after he said at a South Carolina rally last week that he was “running for the United States Senate”. His supporters insisted that it was rhetorical and definitely not a slip-up.

Here @JoeBiden says to the crowd in South Carolina that he is "running for the United States Senate" and that if they don't like him they can "vote for the other Biden."

Although the primary concern among Democrats is beating Donald Trump in November, they might want to set their sights on two White House terms as well.

And while any of the Democratic candidates can expect to survive two terms in office, the three men still in the race are causing more concern for obvious reasons. Sanders, Bloomberg and Biden have all outlived the average life expectancy of a male American, which stood at 76.2 years in 2018.

This doesn’t mean, however, that any of them should start searching for a second-term successor; research shows that the current age should not be a relevant factor to judge a candidate.

“Predicting duration of life for an individual using only generic life tables, without prior knowledge of mortality risk and without taking into account the personal attributes of the individual, is in fact an ecological fallacy,” the American Federation for Aging Research says in its white paper.

Science-based estimates show that a person can expect to live many additional years after reaching the average life expectancy threshold.

The US Social Security Administration, for instance, has a built-in calculator that helps find out the additional life expectancy for a person based on their gender and date of birth (it takes the figures from life expectancy tables and obviously does not take into account multiple vital factors such as lifestyle, access to medical care or family history).

It shows that Sanders, Bloomberg and Biden would survive around 10 years each, all other things being equal; Donald Trump would be allotted 12.6 years and Elizabeth Warren 16.8 years.

A candidate’s age doesn’t appear to have a big impact on the demographics of the vote either. For the record, this year’s presidential race is projected to be the first election in which millennials (those between 24 and 39) will make up virtually the same proportion of the electorate as voters over 55 – largely due to foreign-born millennials naturalised as US citizens.

One might expect younger voters to be more critical of older candidates, but the ongoing race proves those expectations wrong. For instance, the septuagenarians Bernie Sanders and Elizabeth Warren have a commanding lead in polling among voters under 30, unlike their younger rivals Klobuchar or Gabbard. It seems that, at least for the time being, a candidate’s policies – or, let’s say, personal qualities – still matter most.