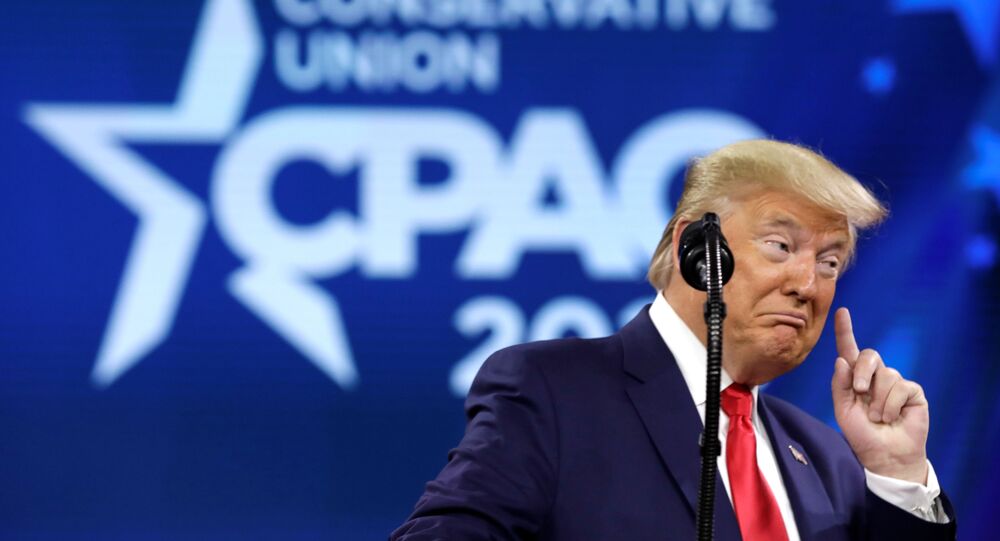 Julius Caesar was a Roman emperor who was assassinated during a Senate session on 15 March, 44 BC, by a group of formerly supportive lawmakers who stabbed him to death after proclaiming himself 'dictator for life'.

Comedian John Mulaney, host of NBC’s ‘Saturday Night Live’, during the opening monologue, compared US President Donald Trump to the Roman historical figure Julius Caesar, joking that it would be “interesting” if Trump faced the same knife-filled destiny as Caesar.

The humorous remark was made as the host spoke about the show falling on a “Leap Year”, a calendrical event invented during the era of Julius Caesar.

“[Caesar] started the Leap Year in order to correct the calendar and we still do it to this day,” Mulaney told the audience. “Another thing that happened under Julius Caesar, he was such a powerful maniac that all the senators grabbed knives and they stabbed him to death”.

Mulaney went on saying that it “would be an interesting thing if we brought that back now”.

The comedian further joked that he had consulted with a lawyer on whether he would be safe making that joke, stating that his attorney has asked another lawyer, who told both that it was safe to do so.

“So you think that's funny, Funny boy? how about anything happens to Trump i bet you'll have millions of patriots looking for you?,” a user tweeted.

“You suggested on national TV that Senators stab Trump like Julius Ceasar? Hello @SecretService,” another tweeted.

“Please do us all a favor and look into the suggested assassination of President Trump during last night's Saturday Night Live opening monologue by so called comedian John Mulaney,” a user tweeted.

@mulaney So you think that's funny, Funny boy? how about anything happens to Trump i bet you'll have millions of patriots looking for you?
Would you like that funny Boy?
Keep making threats to my president see what happens!

I guess he supports the assassination of Lincoln and Kennedy too.@nbcsnl needs to go back to actuall comedy, instead of pandering to the corrupt elites like Warren. https://t.co/n3Gf9RdCBR

Please do us all a favor and look into the suggested assassination of President Trump during last night's Saturday Night Live opening monologue by so called comedian John Mulaney. God Bless.

SNL host John Mulaney "jokes" US senators should stab POTUS Trump to death as did Roman senators to Julius Ceasar.

How did that work out for them?

The ringleaders were power-hungry thugs and were all killed within a few years. Cassius, Marc Anthony, all of them.