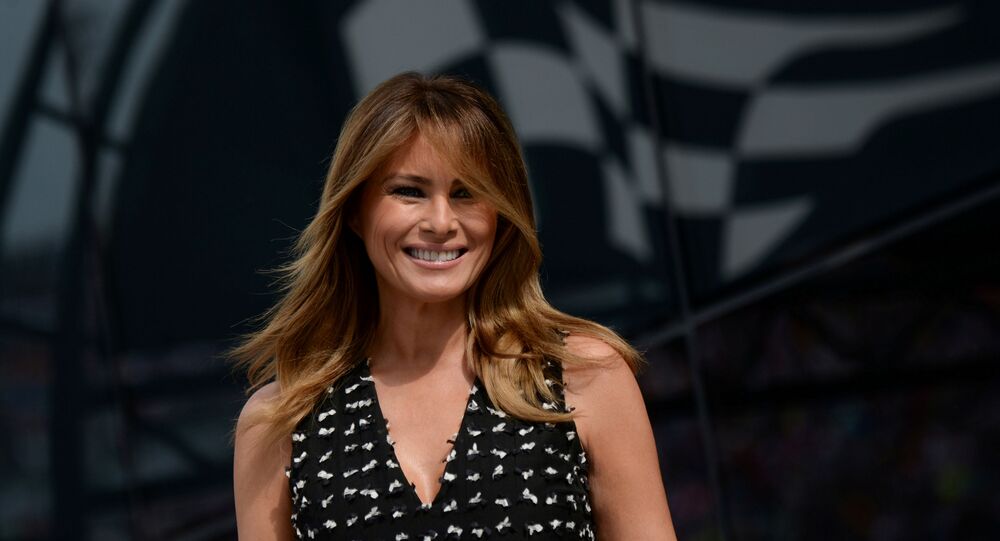 The magazine said that they could not know that the model they chose for the pose in the wake of the 9/11 attacks would be a future first lady of the United States.

New York Magazine unearthed a 2002 cover of a publication for Valentine’s Day 'Singles' that features the present first lady of the United States planting a kiss on a firefighter.

According to the magazine, at the time of the photo the wife of the current US president was a little-known model named Melania Knauss, and that her appearance on the cover was her last for the publication.

The magazine revealed that Knauss was, at the time, dating Donald Trump, a notorious celebrity self-promoter. The model was reportedly hired for a cover paying homage to the 'first responders' the earliest rescuers at the horrific scene.

In 2002, we booked a model to pose on the cover of @nymag. We didn't know we'd hired the future First Lady of the United States. But we had.https://t.co/YNtdF93saS

The magazine explained that the idea of the pose was inspired by the iconic 1945 Alfred Eisenstaedt photograph of a sailor and a nurse smooching in Times Square on V-J Day.

“We did not, at the time, expect to be working with the future first lady of the United States,” the report remarked.

A few netizens were shocked, some responding with a wondering: “Whaaaaaat?”

Some Twitter users compared her life between 2002 and now, suggesting that the first lady was “happy back then”.

Hey @realDonaldTrump. I bet your wife has never kissed you like this!

So why haven't you put her on your cover now that she is FLOTUS?

Must have had a small budget for that shoot.

Well, this certainly explains how Melanie was able to obtain that H1-B Visa! Special skills on full display.

That memory of that kiss has had to last 18 years.

Melania went from kissing that guy to kissing this.... wow the love of money is strong in this one. pic.twitter.com/UAYeuwGmN3

She looks so happy there.

She modeled while on a student visa, a la “they took our jobs!” at some point.

wonder if we checked her working papers.

When "Hot & Nasty" booked Melanie, the editors didn't realize they were looking at a future FLOTUS