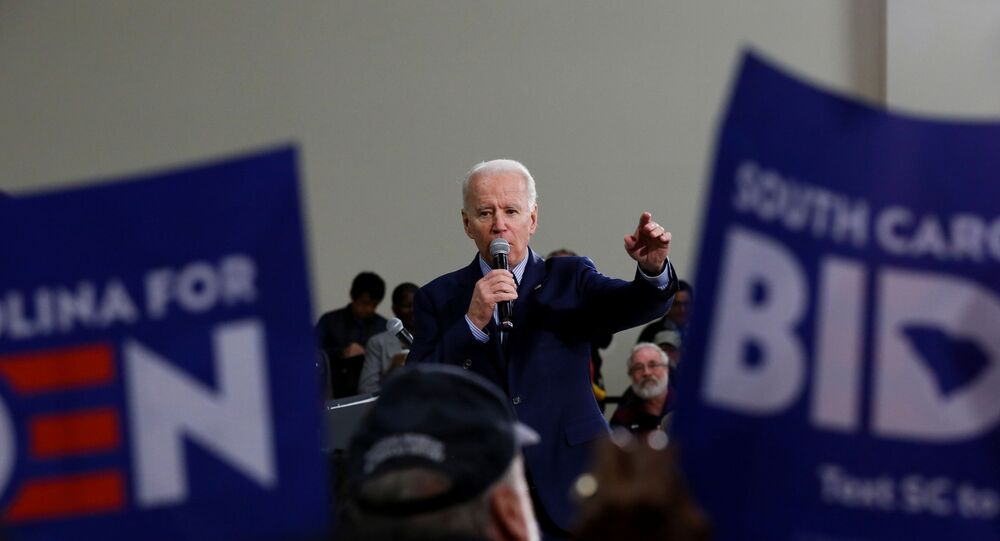 The Democrats continue to seek a candidate to take on Donald Trump in November with South Carolina the first Southern state to vote. Bernie Sanders has emerged as the surprise front runner, but Joe Biden appears confident of victory and there could yet be a surprise in store.

The South Carolina Democratic primary is usually seen as a bellwether state for the whole of the southern United States and six presidential candidates are set to contest it. Former Vice President Joe Biden has failed to come out on top in the previous four primaries but polls now suggest that he could win in South Carolina, closely followed by Vermont Senator Bernie Sanders.

Biden has traditionally enjoyed strong support among African American voters who make up a large chunk of South Carolina’s electorate. In the last Nevada caucus he was the most popular Democratic candidate among black voters, prompting him to openly boast during the Tuesday’s night debate that he will be the one to win South Carolina.

But the race is expected to be tight. Bernie Sanders got the largest number of non-white votes as a whole during the last caucus in Nevada, where he came out on top. So it is maybe too earlier for Joe Biden to celebrate victory just yet.

South Carolina will be the first state in 2020 to allow Republican voters to take part in the Democratic contest thanks to its “open primary” system. Only fifteen American states use this kind of method where the participants in primaries are not obliged to side with the party in order to cast their votes.

Some suggest that this could create a situation where Republicans could vote against the most likely Democratic challengers to Donald Trump and instead promote a candidate that could never win in November. Who is best-placed to benefit from such a scenario?

Billionaire Tom Steyer is not been among the favourites for the nomination. The hedge fund investor received less than 5% of county convention delegates in the last Nevada caucus (Sanders won 46.8%).

But Steyer has campaigned hard in South Carolina, launching a strong media campaign and targeting black voters. Will Steyer benefit from Republican votes? Possibly, so far the polls suggest that the philanthropist on average has less than 15% support among South Carolina voters.

Guess Who is Not With Us Today

Former New York City Mayor Mike Bloomberg will skip the primary – as he did the previous three ones – appearing on the ballot for the first time only in Super Tuesday states on 3 March. Although the ex-mayor is aiming high in both Texas and California, he still has less than 20% support in both states despite his ambitious media campaign, according to polls. The recent hits he took during Tuesday debate in South Carolina did not really help to boost his image among Democratic voters.

For the first time during this election season, South Carolina will also use new voting equipment. According to National Public Radio, the new technology is being used used as an effort to safeguard the national election system, following security concerns that arose from alleged Russian interference in the 2016 election.

The new voting machines will ditch the touchscreen technology and instead rely on barcodes and scanning for counting, which will hopefully prove to be more successful system than the one used in Iowa.

This year, the Republican Party is not holding a presidential primary in South Carolina but that has not prevented Donald Trump from organising a campaign rally in the state right before the Democratic primary takes place. Whatever the impact of his fiery speeches Senator Elizabeth Warren, Mayor Pete Buttigieg  and Senator Amy Klobuchar could probably do with some of Trump's self confidence - or borrow some from Joe Biden, who seems to have an inexhaustible supply.